Please welcome Kathleen Burkinshaw with a list of diverse historical fiction for ages 9 and up. We are also doing a giveaway of her book, The Last Cherry Blossom. To enter, please fill out the Rafflecopter at the bottom.

Just a Drop of Water by Kerry O’Malley-Cerra
Two boys-Jake and Sam are best friends. Sam is Muslim, Jake is not. Immediately after September 11th, they each must deal with tension, anger, and confusion in their own way, but find hope when they learn to deal with it together.

Ruby Lee & Me by Shannon Hitchcock

It’s the beginning of a new school year in 1969 in a southern town. Sarah Beth is entering middle school as integration begins in her school district. She’s excited that her friend Ruby Lee can now attend the former all-white school. And if that were not enough to deal with already, they will both have the first African American educator in the school’s district as their teacher.

Greenhorn by Anna Olswanger and illustrated by Miriam Nerlove

Daniel is a young Holocaust survivor that is sent to a yeshiva (an orthodox Jewish secondary school) in Brooklyn a year after WWII ends. He keeps to himself and carries a small box wherever he goes. Some kids begin bullying him because of this. One young boy, Aaron, sticks up for him even though he is also bullied because he stutters. As a result, Daniel and Aaron become friends and help each other learn when to let go and how to find their voice.

Paper Wishes by Lois Sepahban
In 1941 a young Japanese American girl and her family are forced into an internment camp in California. She copes with her harsh environment by drawing pictures of her beloved dog, Yujiin, that they were forced to abandon. She makes paper airplanes with the pictures and sends them flying every day in the hope that the dog will find her letters and be reunited with her family.

Blue by Joyce Moyer Hostetter
During WWII Ann Fay’s father is drafted to fight in Europe. She feels she must take his place picking up extra chores and taking on more responsibility. When the polio epidemic hits her town, she is hospitalized with polio herself. Her roommate, Imogene, is the one person that makes her horrible stay bearable. She is also Ann Fay’s first African American friend. Together they become part of the Miracle of Hickory, North Carolina.

Loving vs. Virginia by Patricia Hruby Powell and illustrated by Shadra Strickland
A novel in verse with poignant illustrations of two young teenagers from different backgrounds who fall in love. But it’s the 1950s and it’s not legal to marry between races. The love and strength they give to each other paves their way on the long, arduous, path with roadblocks at nearly every turn, to the Supreme Court. Despite the bigotry and hate they experienced, the Loving’s are determined to ensure that marriage between races will no longer be illegal.

The Day of the Pelican by Katherine Paterson
Young Meli Lleshi Muslim family is originally from Albania. But due to war, they are now refugees living in Kosovo. Soon war intensifies in Kosovo against Serbia and they must flee. After a dangerous journey, the family eventually ends up in the United States hoping to begin a new life in Vermont. But then on September 11, 2001, they must face new challenges.

The Last Cherry Blossom by Kathleen Burkinshaw
The Last Cherry Blossom is about twelve-year-old Yuriko’s family life in Hiroshima during the last year of WWII. She discovers a shocking family secret right before her world is about to ignite and become a shadow of what it had been. It is though her eyes we witness the horror of the first atomic bomb. I’m proud to say this novel is based on actual events from my mother’s life.

Please fill out the Rafflecopter below to enter. We can only ship to U.S. addresses due to the high cost of shipping.

Kathleen Burkinshaw resides in Charlotte, NC. She has proudly presented her mother’s experience in Hiroshima to schools for over 6 years. Writing historical fiction also satisfies her obsessive love of researching anything and everything. The Last Cherry Blossom is her first novel. To learn more, please see her website, and follow her on Twitter, Instagram, and Facebook. 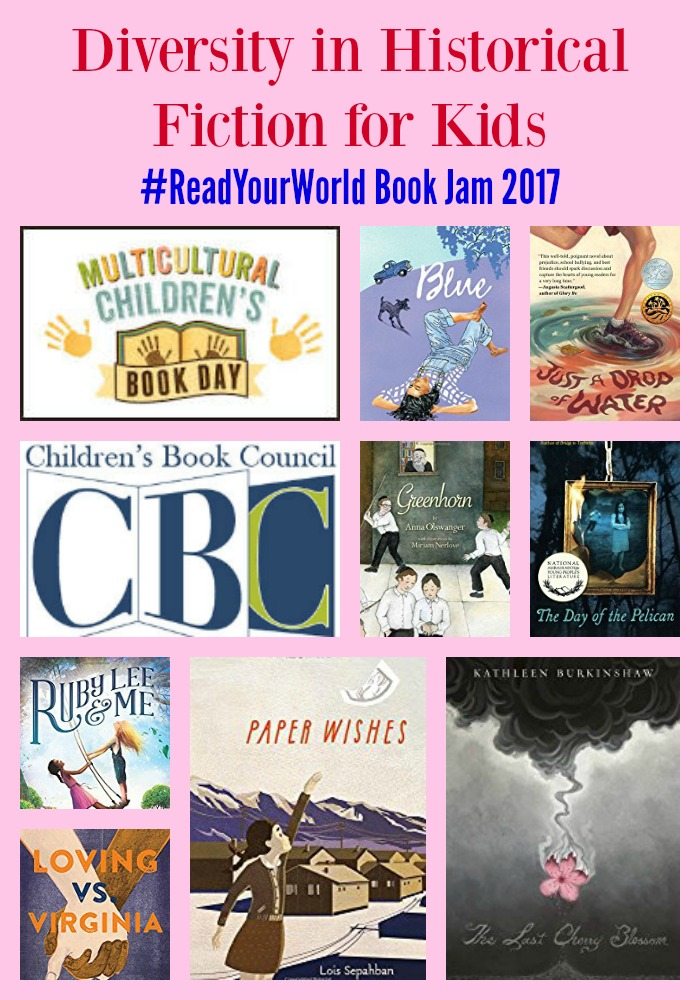