MCCBD may officially be over until 2016, but the guest posts and author visits will continue! This week we are welcoming Eric Dean Seaton. Eric Dean is a TV Director (NBC, TBS, Disney & Nickelodeon, BET, etc.) and Creator of the The Legend of the Mantamaji series; A three-book graphic novel series whose sweeping tale of magic and mystery, heroes and villains, has a fresh look, a modern setting-and an ancient beat. 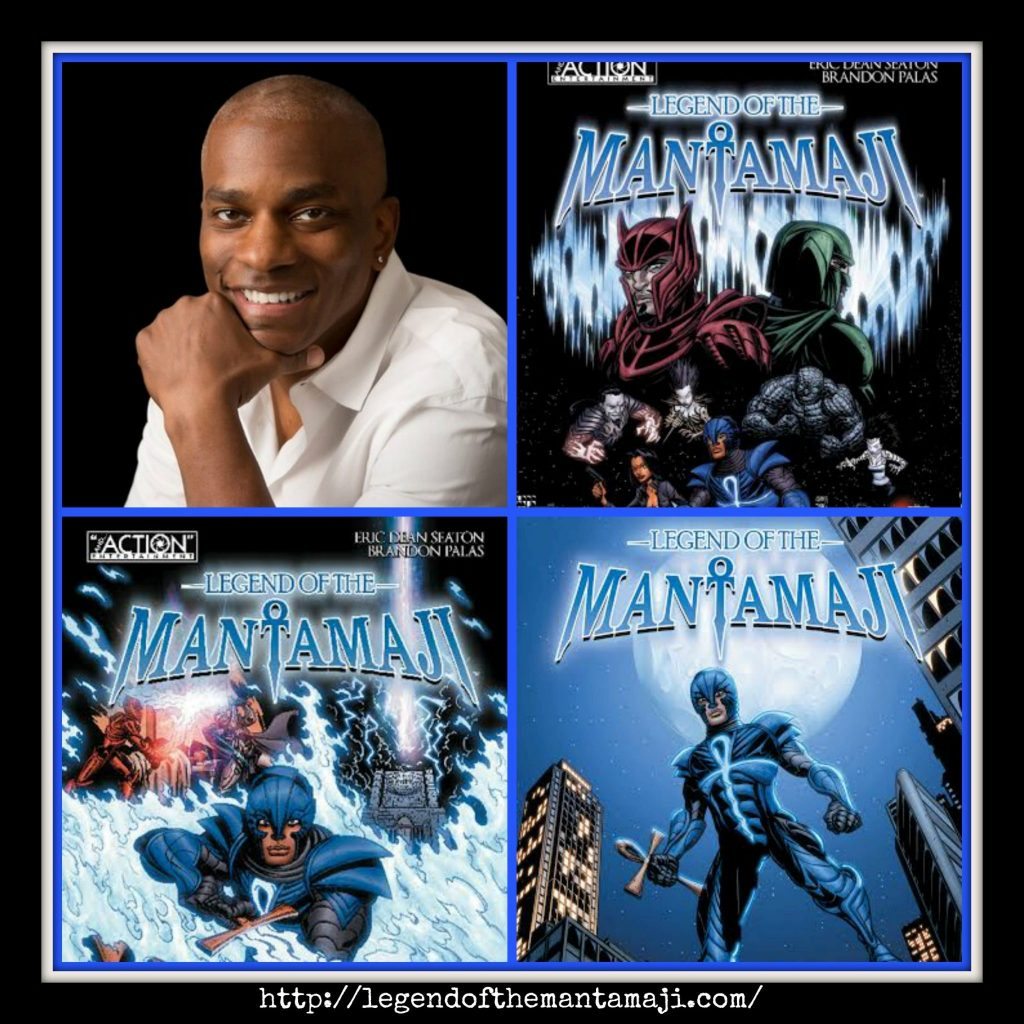 Published by “And Action” Entertainment, Legend of the Mantamaji tells the story of Elijah Alexander, a rising Assistant District Attorney in New York who learns he is the last of a race of mystical knights called the Mantamaji, who once protected mankind. When an ancient evil is resurrected, Elijah has to learn to turn his back on everything he’s worked for, accept his birthright, and learn how to use his magical warrior abilities to defeat the greatest threat the Mantamaji ever faced—without being distracted by his grief, his anger, and one terrible betrayal. This is not a true story, but it’s very, very real.

Both my children’s names begin with ‘L,’ but I like ‘E’ because it begins traits and attribute I strive toward: excellence, experimenting, empire, enjoy, oh and my name of course.

The Legend of the Mantamaji series is multicultural and full of action, adventure and twists. It is a fresh take on the superhero genre. It’s different enough that readers don’t feel it’s like everything else out there.

For me it’s about what do you want to see. The story evolves as I write it. Originally for my third book it didn’t have a connection to the first one and in finding a way [to create that connection] I did something nobody expected and everyone loved, giving the book depth it would not have had. I have an idea for my new books and I’m writing them now. I know the beginning and the end but the middle is still being filled out.

I was drawn to all the stories of people trying to find themselves and put their faith in others to lead them to the promise land.  I made my villain a cult leader because they always seem to say the right things, while their actions are very wrong.  It worked perfectly because my hero is doing the wrong thing and has to learn the right thing.

Things are getting really busy! I’m still directing of course and when I’m not on the set, I am writing a new series of books that creates the next chapter in the Legend of the Mantamaji story. I also just filmed a live action short that showcases a scene from the first Legend of the Mantamaji book and hope to release it soon. Everyone can see some behind the scenes teasers on our Facebook page. I’m also doing a 12 city (and growing) book tour to promote the book. I’m visiting Columbus, Ohio, Long Beach, California, Philidelphia, Atlanta, Chicago, Puerto Rico, Anaheim, New York, Los Angeles, San Diego and even Toronto Canada. I’m looking forward to meeting fans of the books, we keep selling out on Amazon so it’s always exciting to see that enthusiasm up close.

Discount Code to Order at Legend of the Mantamaji.com:
Enter “Legend” to receive 10% off your order 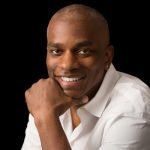 Eric Dean Seaton Bio:
As an episodic director, Eric Dean Seaton has directed 195 television episodes of 38 different shows, 18 music videos and two pilots for Nickelodeon, as well as two pilots for Disney XD. He has also directed episodes of the NBC/Warner Bros. comedy Undateable, TBS’s Ground Floor, BETs Lets Stay Together and Reed Between the Lines. He is a Cleveland, Ohio native and attended The Ohio State University. Eric, his wife, son and daughter live in California. Legend of the Mantamaji is his first graphic novel series.