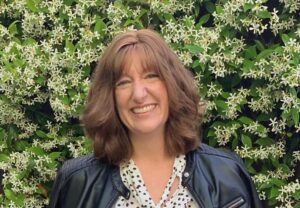 Christen Chambers is a business operations consultant focused on process improvement and optimization.  Previously, she served as the Sr. Vice President of Digital Media & Program Management for FOX Networks.  While there, she oversaw a team of experts who provided digital technology infrastructure to FOX Sports, FOX Broadcasting, FX, Big10 Network, and the National Geographic Channel.  In her tenure at FOX, she led the build and launch of the initial streaming apps including FOXNOW, FXNOW, and NatGeoTV.  Prior to joining FOX, Christen was a consultant at PwC, focused on business process improvement, mainly in the areas of technology and finance.

Christen received her MBA from UC Irvine’s Paul Merage School of Business and received her undergraduate degree in Finance from San Diego State University.  She is a CPA, holds a Project Management Professional (PMP) certification, and is a Certified Executive Coach.  She is passionate about education and addressing equality in education.

Connect with her on LinkedIn. 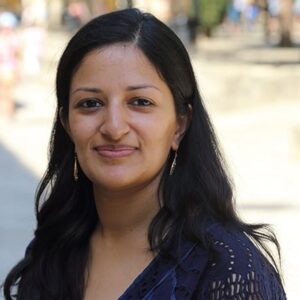 Sonia Nash Gupta is a marketing executive with a track record in growing audiences and revenue. She currently leads content and product marketing at Consumer Reports. Prior to that, Sonia held multiple roles at Penguin Random House. She led digital marketing programs to promote award-winning authors and illustrators.
Sonia received her B.A. from Northwestern University and completed the Yale University Leadership Strategies Publishing Course. A former teacher, Sonia continues to dedicate time to emerging readers. 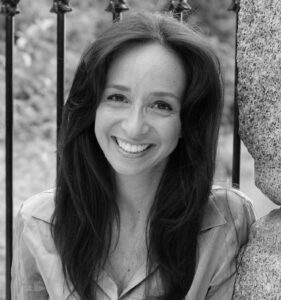 Sivan Hong’s career spans over two decades in several industries and professions, including holding esteemed positions as a professor at New York University’s Stern School of Business and former partner at The Bridgespan Group.

Today, Sivan authors and illustrates the best-selling children’s book series The Super Fun Day Books, including Benny J. and the Horrible Halloween, George J. and the Miserable Monday, Emily D. and the Fearful First Day and Avery G. and the Scary End of School.  Her inspiring books focus on neurodiverse children, who overcome their challenges with perseverance and bravery.  Sivan also serves as a Trustee on the Boards of the Westport Public Library, the Rita Allen Foundation, Multicultural Children’s Book Day, and the ASPCA.

When she’s not working, Sivan enjoys being a wife to her lovely husband and a mother to their two wonderful children.  They have a dog and cat and live in Connecticut.

Amanda Hsiung-Blodgett is the founder of Miss Panda Chinese, an online Chinese language, and cultural resource that provides engaging and playful communicative teaching materials for parents and educators. She has been teaching Chinese and ESL for over 15 years and has extensive international teaching experience with children in Canada, Ecuador, Morocco, Taiwan, and the United States.

Amanda is registered and director-qualified with Hawai’i Careers With Young Children (PATCH), and received the highest possible score on the Chinese Proficiency Test administered by the Foreign Service Institute of the U.S. Department of State. She is a member of the American Council on the Teaching of Foreign Languages (ACTFL), and the National Association for the Education of Young Children (NAEYC). Amanda graduated from Shih Hsin University and The University of Texas at Austin. 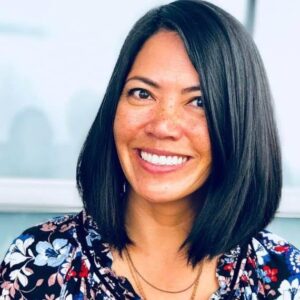 Nina Trieu Tarnay is an attorney, a mother of three, an avid reader, and an ardent supporter of social justice causes. Nina was inspired to join the Multicultural Children’s Book Day Board of Trustees after learning about its mission and reach. As a former Boat Person and refugee from Vietnam, Nina’s transition from “immigrant” to “full-fledged American” was not always smooth and she often felt like an outsider looking in. Growing up, Nina found that a lack of representation in the shows she watched and the stories she read made it difficult for her to reconcile the way she experienced life and the way she saw it portrayed. It wasn’t until college, when Nina minored in Women’s Studies with an emphasis in literature written by people of color, that she felt her experience and voice were part of the American tapestry.

Once Nina had children (who are ½ Vietnamese, ¼ Hungarian, and ¼ Irish), she worked to ensure that her children were exposed to books and shows that reflect the diversity of their background and experiences. She is excited to join with others who recognize the importance of representation and inclusion. She is enthusiastic about promoting the breadth of diverse books through MCBD to ensure that every child finds characters with whom they identify and stories with which they connect and grow.

My Turn: Former refugee recalls her journey out of war-torn Vietnam on The Daily Breeze