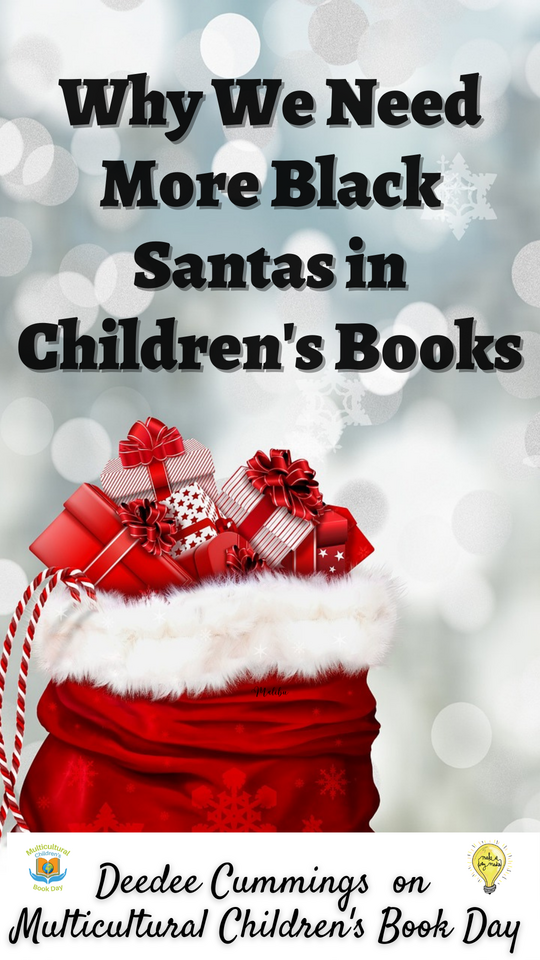 Why We Need More Black Santas in Children’s Books

It’s that magical time of year! For many families, a beloved holiday tradition is snuggling up together to read Christmas stories. Yet too often, those books do not reflect the families that are enjoying them.

Lack of diversity in children’s books is a problem all year long, but it seems especially pressing during the holidays, when traditional stories and tropes often reign. One area where this is most obvious is the portrayal of Santa Claus. Though based on a real person from modern-day Turkey, Santa is most often portrayed as very fair-skinned.

While the idea of a Black Santa has been around for decades, it is only recently that is has (slowly) started to seep into mainstream culture. While still far from the norm, it is becoming more common to see more Black Santas posing with children at the mall, and more Black Santa decorations available for purchase at big name retail stores. (This trend is still controversial, as seen in the recent uproar over a Black Santa at the Mall of America).

Black Santas are also needed in children’s literature. But this is not just another call for children’s books with diverse characters, for Santa Claus is not just any other character. He is a powerful symbol of hope, love, and goodwill. Santa belongs to all children who believe in him, so it only makes sense that he should represent all of those children in a concrete way. 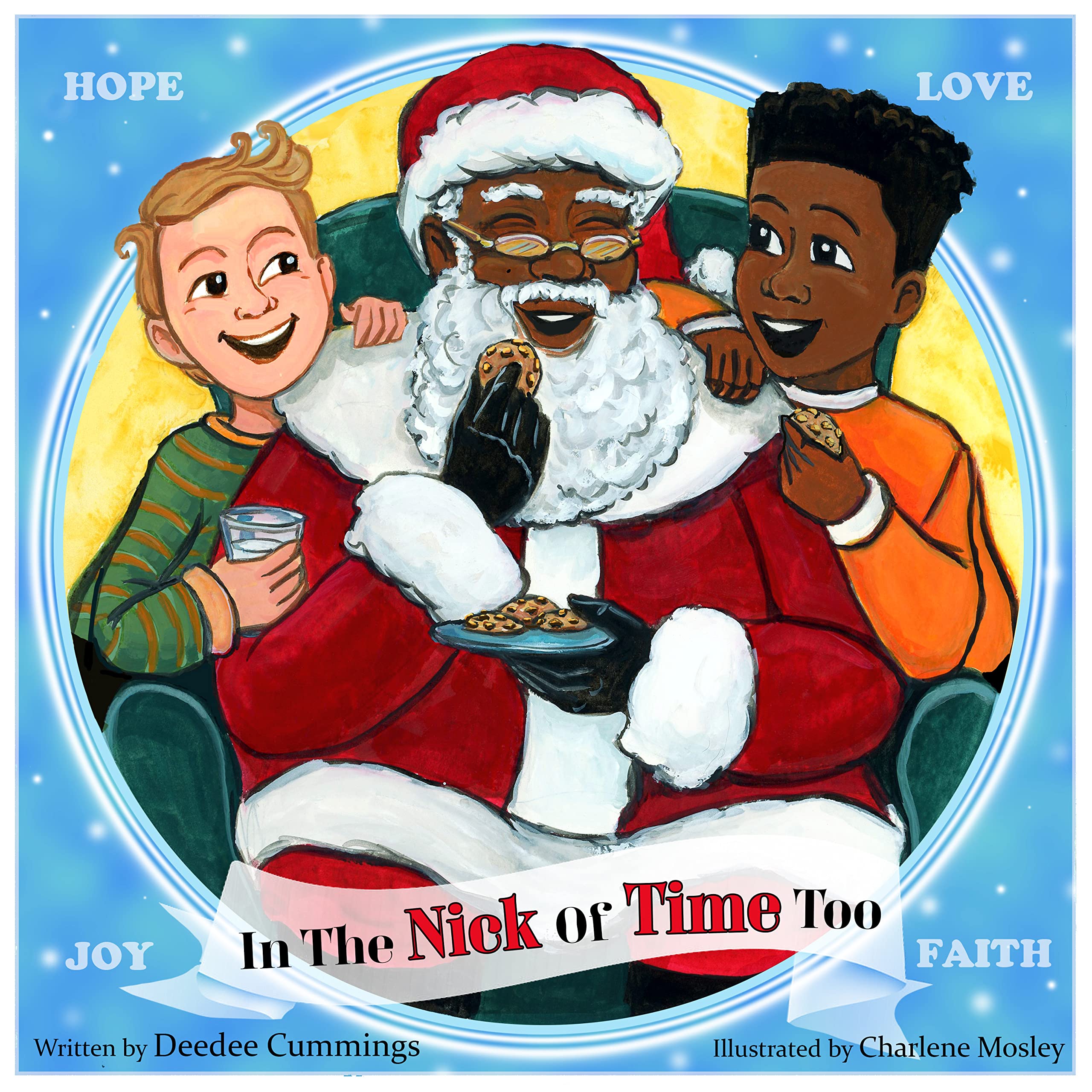 In the Nick of Time Too is a warm holiday story about the true meaning of the holiday spirit.

For Black children, stories with Black Santas are important as a symbol of Black joy. Too often, diverse children’s literature focuses on stories of struggle and perseverance. Black children deserve to see themselves in stories of joy as well and in characters that are universal in their appeal. Black Santas are the ultimate symbol of Black joy and well-being.

Black Santas are for Black children, yes, but not *just* for Black children. It is also important for other children to see a non-white Santa. Black Santas disrupt our preconceived notions. They help us dig deeper to think about who Santa really is and what truly matters about the holiday spirit he embodies.

When we dig deeper, we recognize that Santa is about love, goodwill, and peace, qualities that have no color but can be seen in every color.

My new Christmas book, In the Nick of Time Too, addresses this issue directly, helping children understand that no matter what the color, Santa looks like love. This book, a sequel to the popular In the Nick of Time, follows two friends – one Black, one white – as they have a special encounter with Santa Claus and discover the true meaning of Christmas. 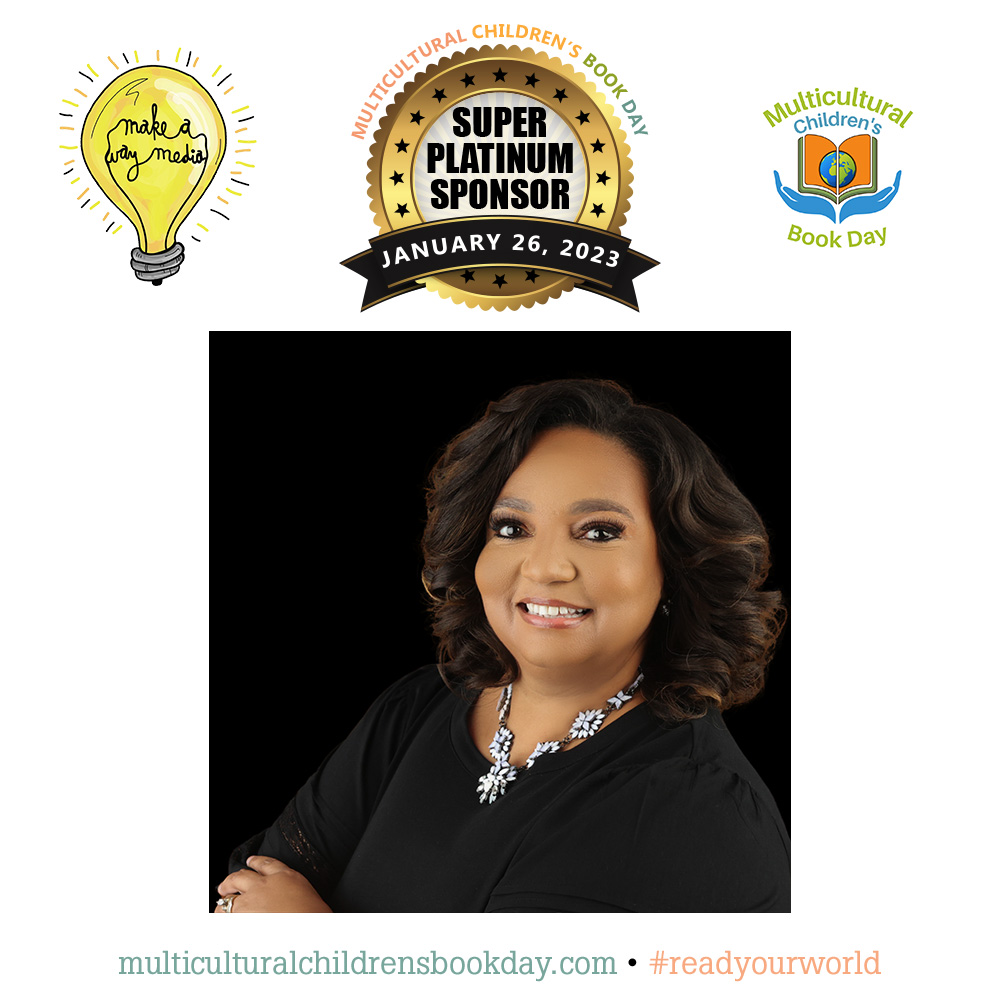 Deedee Cummings and Make a Way Media are the MCBD2023 Super Platinum Sponsor . Cummings is the author of 15 diverse children’s books, including the brand-new Christmas book In the Nick of Time Too. It is a beautiful and inspiring story about friendship, lifelong learning, multiculturalism, and the real meaning of the holiday spirit. Connect on Facebook, Twitter, and Instagram.