I was no more than seven or eight years old growing up in a tiny village in the relatively small country of Belize.  Almost everything I loved and knew existed in that single place.  The elementary school I attended was right next door in the community center grounds.  My classroom was in the main building which had mobile chalkboard walls that could be moved whenever we had our weekly Catholic Church services or any other community gathering.  Three different grades shared the modest open room. 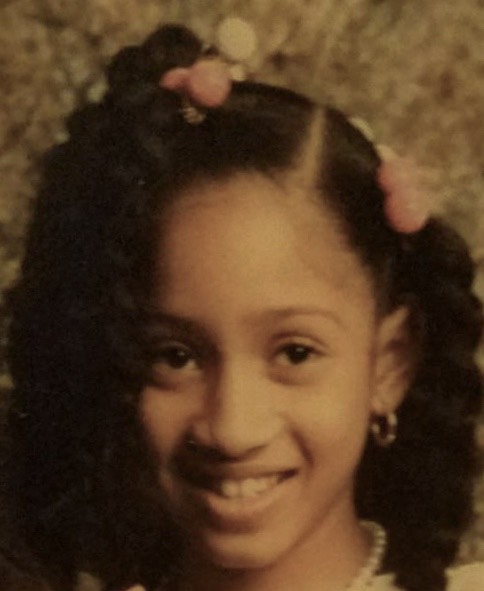 My favorite subjects quickly became any subject that taught and shared the stories of other people.  I wanted to hear, learn, and read more.  The only drawback was that the modesty of our resources meant that we lacked books to have a library.  Nowhere in the village or even neighboring town did a proper library exist.  My appetite for books that sparked my imagination and taught me about the world outside my little village was satisfied with the occasional delivery of books sent by my mother who was already living in the United States.  My whole young life revolved around life in the village, the school next door, and the few books and toys that my mother sent for me.

Then one day, news started circulating.  We heard that a mobile library would start coming to the village.  Now believe me when I tell you that this was somewhat of a big deal…at least to me, it was.  In a village where school resources were scarce, hearing that we would soon have a truck making a stop in the community center grounds once a month to offer books to the children was nothing short of receiving an early birthday or Christmas present, especially to one little girl.  Having never been to a library, I had no idea what to expect when my grandmother explained to me what a mobile library was.  It sounded great so I waited with anticipation.

The day came when the mobile library finally arrived.  I was so excited to get to the little truck that instead of running through the gates of our property, I crawled through an opening in the fence that separated our yard from the community center grounds.  I ran to get in line and waited patiently to get my very first library card.  When the nice lady handed it to me and I saw my name on it, I flashed a smile and ascended the steps of the truck. I stood there peering inside at all the books that filled the walls.  I walked in and perused the books on each shelf.  I ended up selecting a book about a bunny who had lots of adventures.  I took it home and read it right away.  Every book I ever borrowed was my new adventure, lesson, and doorway to a world far bigger than my own.

Fast forward more than thirty years later and that little girl’s love of books had only grown.  I am now a mom of two living in the United States and I have published my very own storybook.  As an author and publisher, I am blessed enough to encounter some truly amazing people who work in the world of literature.  One of those people is a man named, Stan Tucker, who has started his own mobile library in Georgia called the Leap for Literacy Bookmobile. 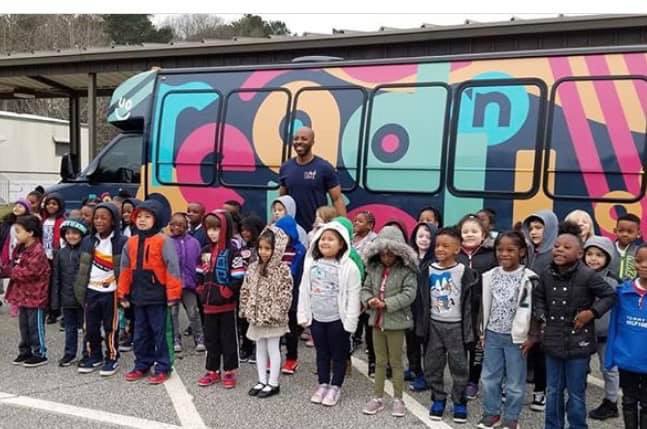 Stan Tucker and the Leap for Literacy Bookmobile

As I followed Stan’s story, I could not help but beam with delight.  How could I not when it evokes my precious childhood memories.  I smile every time I see the looks of joy and excitement on the little faces of the children who get to select a book from his library. 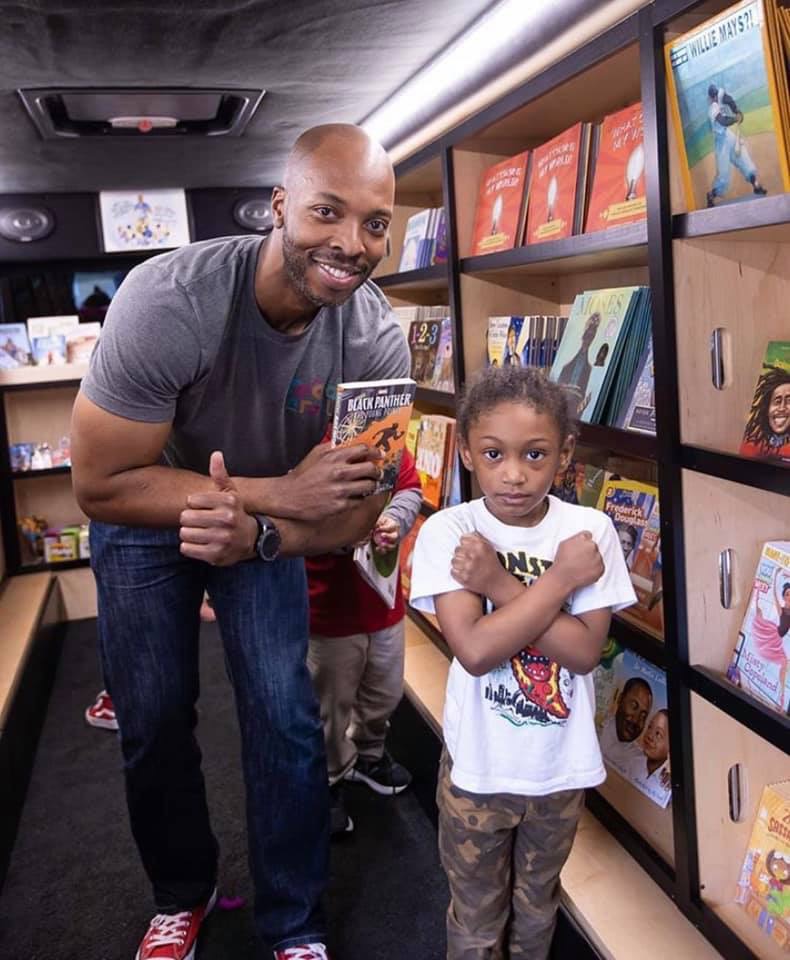 Eventually, I contacted Stan to tell him how wonderful I think his work is and to offer my book to him.  He accepted and now the little girl whose world opened up thanks to a mobile library, has her very own book in a mobile library where other children can hopefully be inspired in the same way. 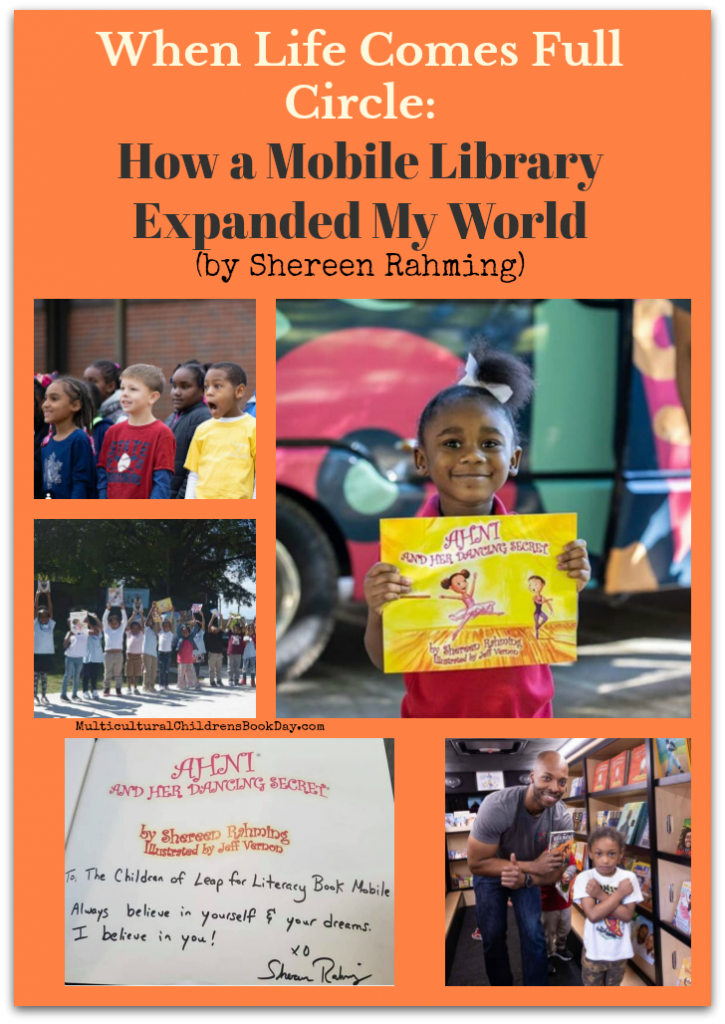 I am in no way a great philosopher but I can’t help but look at the pictures that Stan posts including the one of a child holding my own book and I marvel at how life does indeed tend to come full circle.

I am reminded of a quote I once read that said, “Life is an echo.  What you send out, comes back.  What you sow, you reap.  What you give, you get.  What you see in others, exists in you.”

The little girl in that village over thirty years ago sent out love for stories, an imagination full of curiosity, and a wavering belief in herself.  And in the little faces of those children enjoying her story and other stories, she sees the same love, curiosity, and belief in all things possible.  Life has come full circle and it’s a beautiful view from where she now stands. 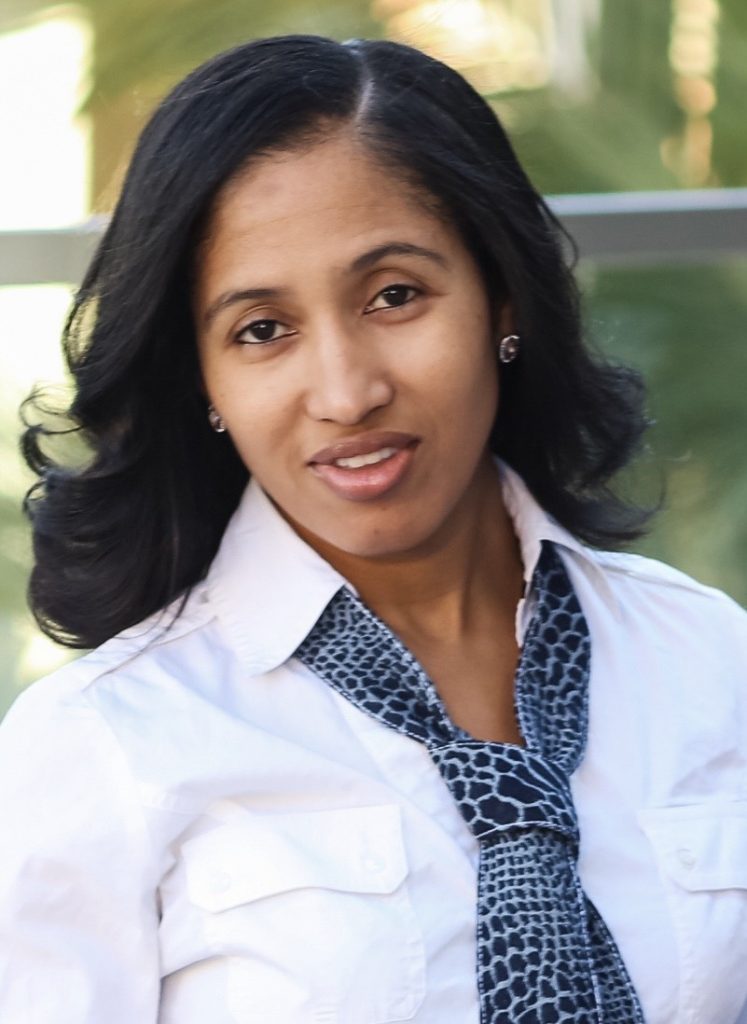 Shereen Rahming is the author of Ahni & Her Dancing Secret, a graduate of UC Berkeley, a former teacher, and a current contributing writer for the Parent Voice Magazine. She was born in the small Central American country of Belize and immigrated to Los Angeles, California at the age of ten years old. Due to her Black and Latin heritage, she has a great appreciation for diversity and has become a passionate advocate for multicultural and diverse books. 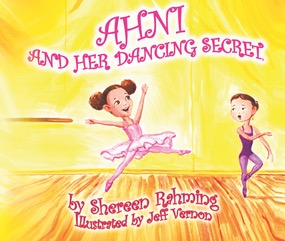 Inspired by the lack of seeing book characters that looked like her as a child, she wrote Ahni & Her Dancing Secret for her daughter so that she would be able to see a character like herself in literature. She is currently working on a second book for her son. Her ultimate goal is to write and promote motivating stories that depict the true diversity of the world we live in and teach readers to appreciate and respect the beauty in themselves and others. 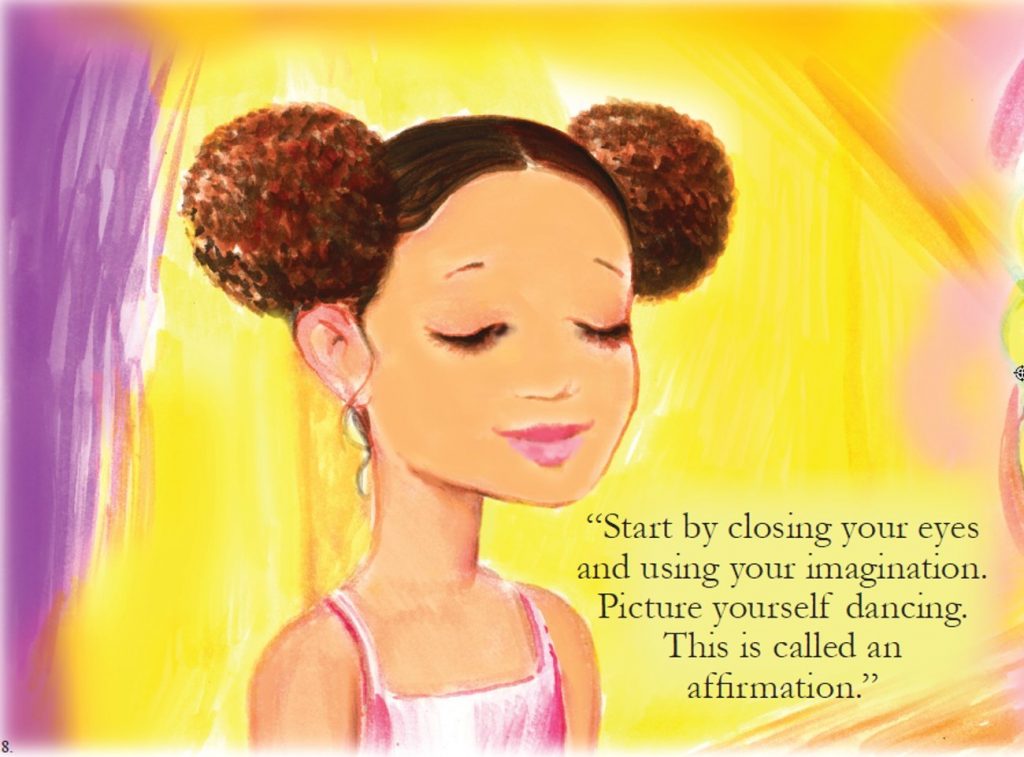 In Ahni & Her Dancing Secret, Ahni dreams of being a prima ballerina so she joins Madam Sabina’s dance school. But her spirit is soon broken when she discovers that the other students are far more advanced than she is and not as friendly as she expected. This charming story depicts the journey of little Ahni from an unsure hopeful to a confident dancer, by discovering the secret to success with the help of wise Madam Sabina. For ages 3-8.