Black History Month begins and it’s just one of the many opportunities we can take to talk to kids about the many contributions and achievements of African Americans.

Dorktales Storytime Podcast would like to bring the stories of two trailblazers from two different time periods in American history to your children. These are two men who faced racial injustice—one who was enslaved then freed and one who lived during Jim Crow laws. Through their own talents, hard work, and determination, they had extraordinary accomplishments that changed our world for the better. 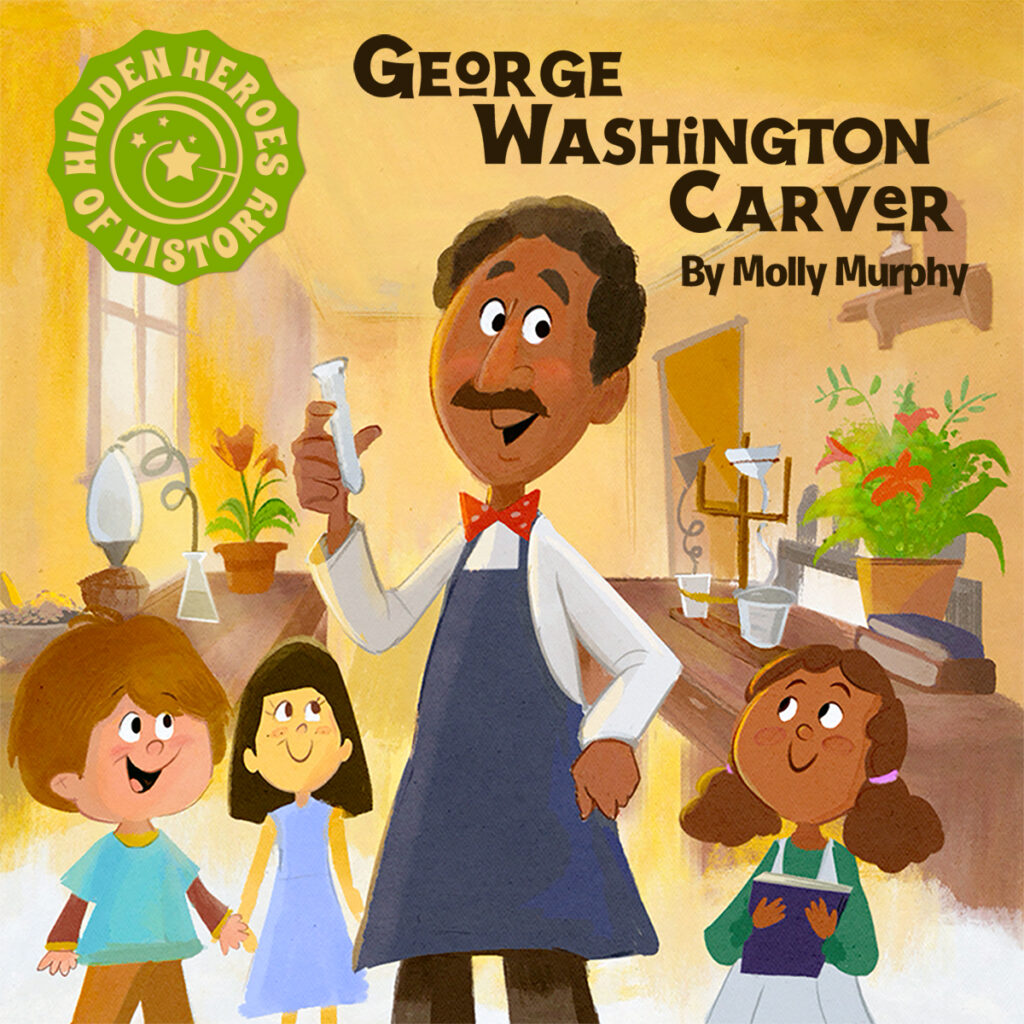 Listen to Mr. Carver’s story on the Dorktales Storytime Podcast:

Note: This episode includes discussions about slavery and systemic racism. Find links to resources for talking about these topics on the episode web page: https://jonincharacter.com/george-washington-carver/

George Washington Carver is someone you probably learned about in school, but you may not know the entire story of his life—from being enslaved to experiencing segregation and then becoming one of America’s most respected agricultural scientists, botanists, and inventors.

His research was never just about science, but about the impact that it might have on people’s lives—particularly the African American people of the South and areas that relied on agriculture to survive. At the time, cotton was king but it destroyed the land after one harvest. He taught many farmers how to grow other crops to enrich the soil and create hundreds of products.

Did you know that he is credited with discovering over 300 uses for the peanut? Or that he studied many species of fungi—two of which were named after him? Or that he was admired by Henry Ford and Thomas Edison—both who wanted to hire him to work for their companies? These are but a few of the extraordinary facts about his life.

What’s even more admirable, is that he used his celebrity to speak on racial injustice and the importance of racial harmony. He worked towards a future where no one is turned away from getting an education or work based on their race. And he certainly left a legacy for all young scientists and farmers who have followed in his footsteps.

FREE BONUS ALERT: There is an activity guide available for the George Washington Carver episode for free when you sign up for the Dorktales Storytime Podcast email list. Currently, all Hidden Heroes of History episodes come with free activity guides and future guides are in development. SIGN UP HERE: https://bit.ly/DTnewsletter-signup 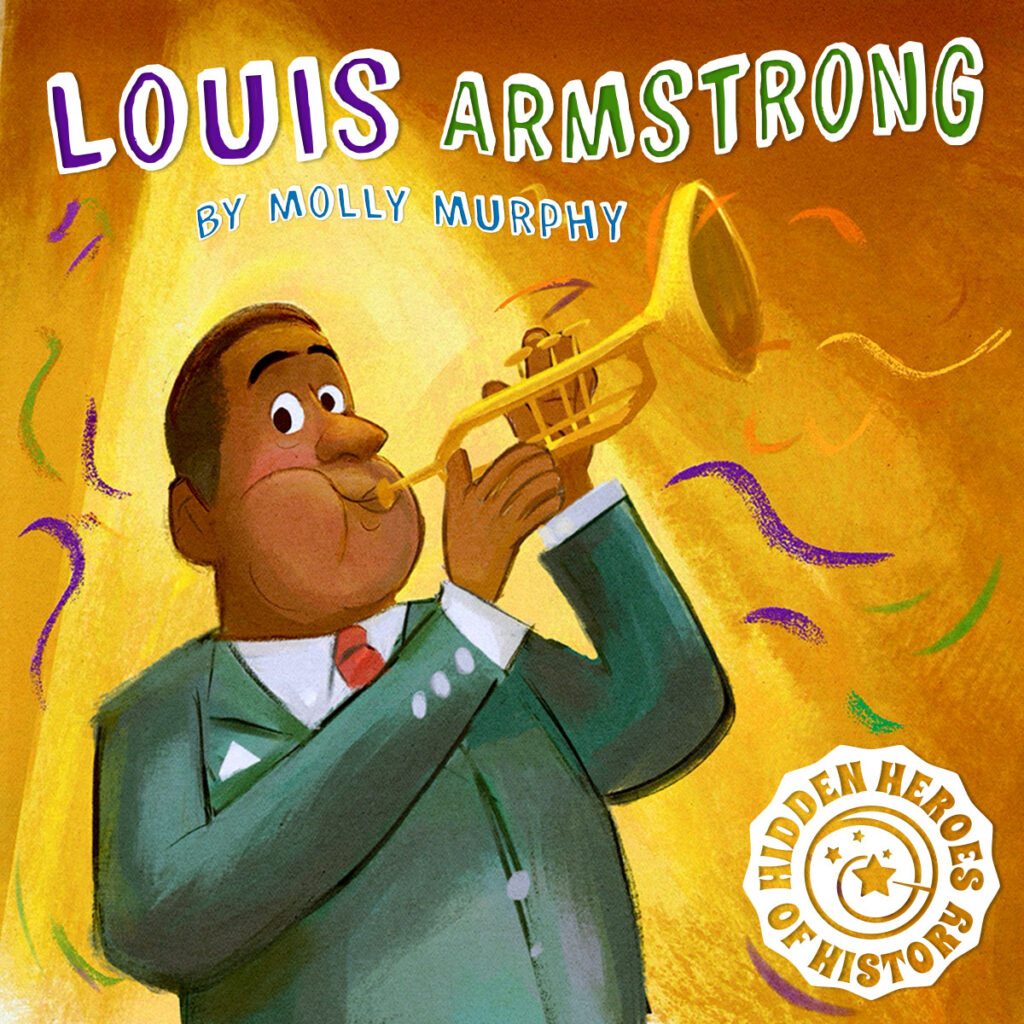 Listen to Mr. Armstrong’s story on the Dorktales Storytime Podcast:

Louis Armstrong had a difficult childhood and grew up in a dangerous neighborhood. He started working when he was very young and that is how he came to afford his first cornet. He kicked off his career on Mississippi riverboats and was eventually mentored by Joe “King” Oliver, the top cornetist in New Orleans. He joined King Oliver’s orchestra in 1922 and, after 3 years, struck out on his own to become one of the most influential jazz musicians of all time.

Mr. Armstrong broke down barriers during a time when there were even more significant obstacles for African American people due to Jim Crow laws. He was the first African American person to write an autobiography, get cast in a major motion picture, and host a nationally sponsored radio show. He also famously spoke out about the Little Rock Nine, an incident where African American students were prevented from attending school.

Most of his life was about a deep passion for music and using it to bring people together. Louis Armstrong built a music legacy and a legacy beyond music.

FREE BONUS ALERT: There is an activity guide available for the Louis Armstrong episode for free when you sign up for the Dorktales Storytime Podcast email list. (You only need to sign up once.) SIGN UP HERE: https://bit.ly/DTnewsletter-signup 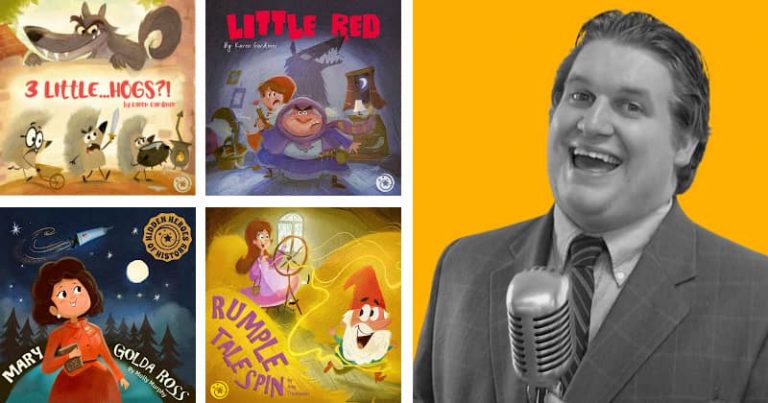 Discover more Hidden Heroes of History podcast episodes and geeky retellings of classic fairy tales on the Dorktales Storytime Podcast. The podcast is a member of Kids Listen, an organization that advocates for high-quality children’s audio. Jodi Murphy is the founder of Geek Club Books autism storytelling nonprofit and a member of the Multicultural Children’s Book Day Board of Advisors.