Tuttle Publishing has been a friend and supporter of Multicultural Children’s Book Day since Day One and we wouldn’t be more thrilled to have them on board as a Silver Sponsor for MCCBD2016. 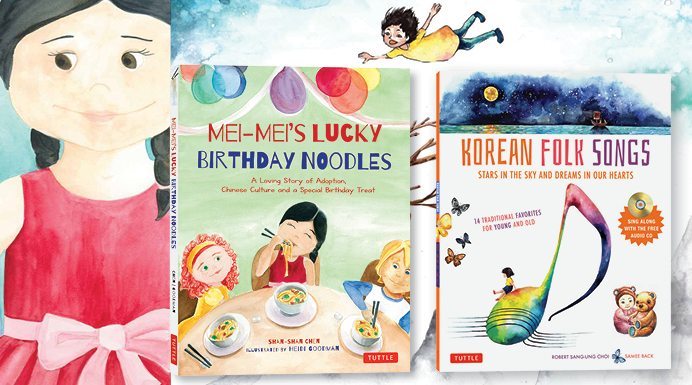 The core of Tuttle Publishing is built upon one objective: pioneering into the future while building upon our past. Our fundamental values are as strong today as they were in 1948: to discover, create, publish, and deliver best -in-class books & products that bring the World closer together one page turn at a time. With Asia’s expanding economic, cultural and political influence in the world, the need for meaningful dialogue and information about this diverse and vibrant region has never been greater.​ Since 1948 Tuttle Publishing has given the world access to the cultures, visual arts, cuisines, languages, and literatures of Asia through the pages of our award-winning books.

The Tuttle Publishing Company was established in 1948 in Rutland, Vermont, and Tokyo, Japan, and is today regarded as a premier publisher and seller of books rooted in Asian culture, language, and history.

The company’s founder, Charles Egbert Tuttle, Jr., after graduating Phillips Exeter Academy and Harvard University felt his call of duty and joined the US military. Tuttle was sent to serve under General MacArthur’s staff in Japan immediately following World War II. His primary mission was a post-war revival of the Japanese Publishing Industry. Tuttle remained in Japan after honorable discharge and began to lay the foundation for what was soon to be the birth of Tuttle Publishing.

Publishing was part of Charles Tuttle’s lineage having grown up working in his father’s bookstore. His life experiences revealed to him the distinct need for books to educate, inform and please the eye – focusing primarily on Asia. Charles Tuttle set out to bridge the gap between East and West and his success in doing so remains in present day.