Only a few legislators dropped by. Instead, they sent over assistants to load up paper plates to bring back to their offices.

That wasn’t surprising. If I were a member of Tennessee’s Republican supermajority, I’d be embarrassed to show my face around school librarians, too.

Drunk on power and buzzed on culture-war adrenaline in a mid-term election year, Tennessee Republicans have introduced bills to ban books in K-12 schools that “address” or “normalize” LGBTQ people or issues, to criminalize school librarians for carrying supposedly “obscene” books, and to ban the discussion of “divisive” concepts such as race even at state universities.

Their arguments were absurd. But equally disturbing to me was the veneer of “reasonableness” that legislators attempted to paint on the process.

They called for discussion of the obscene books bill, for example, to be limited to the bill’s own supposed merits, and not debated in the context of any other proposed legislation or outside events.

That approach might sound reasonable on its face, yet it was entirely disingenuous, self-serving, and dangerous. The politically motivated campaign to ban “obscene” books cannot be understood without acknowledging the context in which it originated: an all-out Republican assault on American democracy. In a death by 1,000 paper cuts, every cut is connected to the others.

As the obscene books bill was being debated in committee, I was invited to join two other advocates for books on a call-in television show to discuss the issue. One of the callers shared a revealing perspective. Her father, an author, had grown up in apartheid-era South Africa, where one of his books was banned. He understood that when repressive regimes ban books, they do so not to protect the vulnerable, as they claim, but to protect illegitimate power.

That’s why diverse children’s books are so important and why Multicultural Children’s Book Day is so necessary. As innocuous as some of these books may seem, they tell the “other side of the story” of American life that feels so dangerous to the anti-Democracy cult. Stories of the full, diverse spectrum of life are where truth resides. In a movement built on the suppression of voices, the avoidance of truth, and the propagation of lies, diverse books for kids raise too many questions to be tolerated. 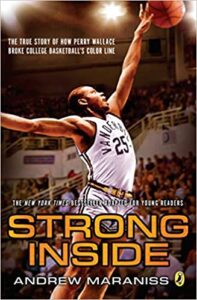 Perry Wallace, the subject of my first book, Strong Inside, once talked to me about the hypocrisy that was so evident to him as he traveled throughout the Deep South as the first Black college basketball player in the Southeastern Conference. As a member of the Vanderbilt basketball team in the late 1960s, he was harassed with vicious threats and epithets by white fans in places like Starkville, Mississippi, and Auburn, Alabama. These fans were people, he knew, who more than anything considered themselves to be “good Christians” and “good Americans.” And yet in their hateful actions, Wallace said, these self-assured bigots failed at their most fundamental claims about themselves.

I see the same fundamental hypocrisy in those who actively choose not to love but to hate their neighbors, who see American diversity democracy as weaknesses, and who would so casually throw intellectual freedom into a pile of burning books.

Still, these white, Christian Nationalists cannot be dismissed as fools. They are highly motivated, unbothered by their own hypocrisy, and well-funded. And for my friends in the Blue States tempted to dismiss this as only a Red State problem, don’t be so smug. If these issues aren’t at your doorstep now, they will be soon.

If there’s a lesson from our experience in Tennessee, it’s that campaigns to attack books, librarians, and public schools are attacks on truth and democracy and must be met immediately with fierce resistance at every turn: in school board meetings, in legislative hearings, in the local press, in discussions among friends and neighbors, in the books we read with our own children, and most important, at the polls.

Andrew Maraniss is a New York Times bestselling author of sports, history, and social justice nonfiction for teens. Strong Inside (Lillian Smith Book Award) is a biography of Perry Wallace, the first Black basketball player in the SEC. Games of Deception (Sydney Taylor Honor Book) is the story of the first U.S. Olympic men’s basketball team at the 1936 Olympics in Nazi Germany. Singled Out (Rainbow Book List) is a biography of Glenn Burke, the first openly gay Major League baseball player and inventor of the high five. Inaugural Ballers, which comes out Sept. 13, 2022, is the story of the first U.S. women’s Olympic basketball team. Andrew lives in Brentwood, Tenn. Follow him on Twitter @trublu24 and visit www.andrewmaraniss.com. 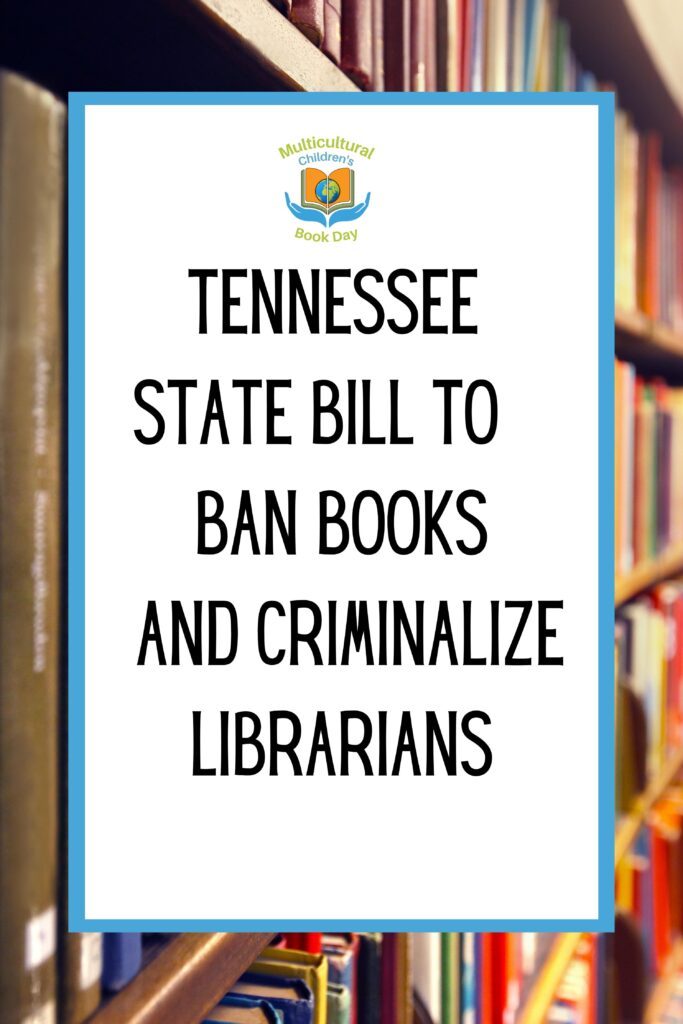 Frances Díaz Evans is a Latina Author, Educator, Multicultural and Language Advocate. She holds a bachelor’s degree in business administration from Universidad del Este in Puerto Rico and a master’s degree in Spanish education from the College of Charleston in Charleston, South Carolina. She joined Multicultural Children’s Book Day in the early days advocating for multicultural books as a book reviewer, then as a co-host, and now she’s excited to take on the role of project manager. Frances can be reached at admin (at) multiculturalchildrensbookday.com