I (Becky) can’t remember what came first; me discovering a gorgeous book called The Length of String, or author Elissa Weissman reaching out to MCBD to share news of this novel with us.

Either way, the moment I saw the cover and the summary of the story, I couldn’t hit the “Buy” button fast enough. 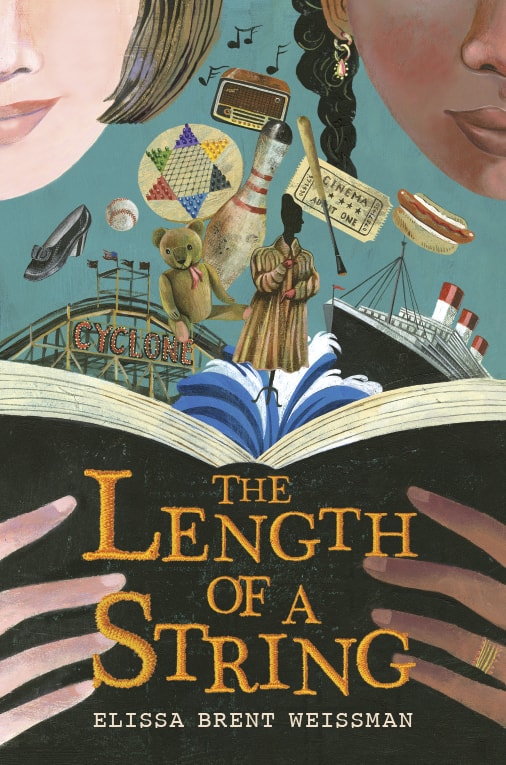 The Length of String by Elissa Weissman

The Length of a String is about a black, adopted, Jewish girl who discovers her great-grandmother’s diary from World War II. Part of the book is the diary itself, which takes place mostly in Brooklyn in 1941. This historical story alternates with the contemporary story of Imani in present-day Baltimore, reading the diary and beginning to think about family in a new way.

Elissa is also the author of the awesome Nerd Camp series that has garnered rave reviews from School Library Journal and The Horn Book. 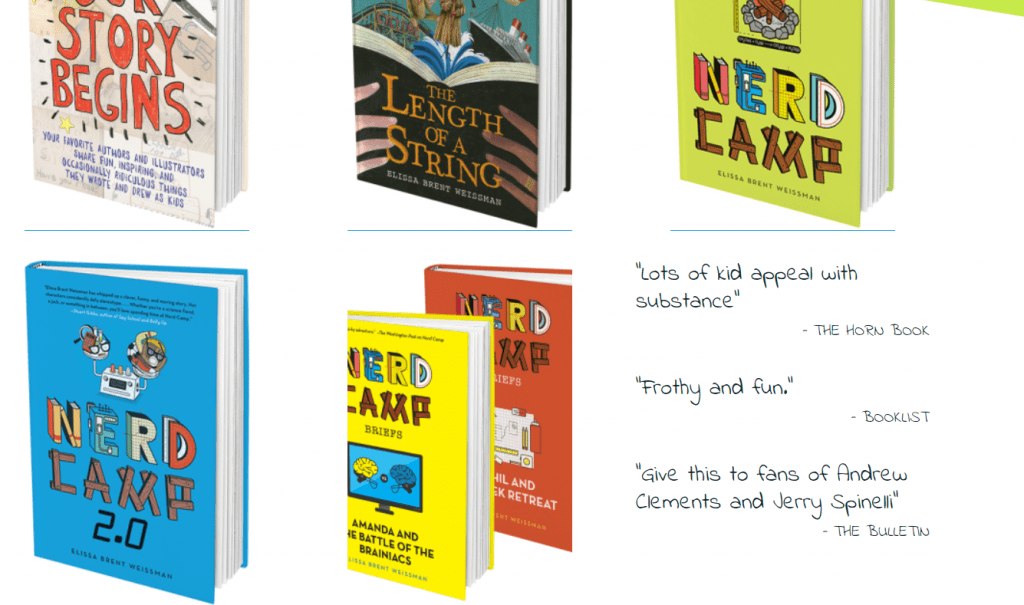 About The Length of String 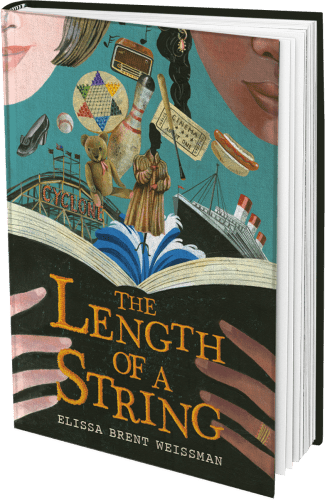 Imani knows exactly what she wants as her big bat mitzvah gift: to find her birth parents. She loves her family and her Jewish community in Baltimore, but she has always wondered where she came from, especially since she’s black and almost everyone she knows is white. Then her mom’s grandmother–Imani’s great-grandma Anna–passes away, and Imani discovers an old journal among her books. It’s Anna’s diary from 1941, the year she was twelve and fled Nazi-occupied Luxembourg alone, sent by her parents to seek refuge in Brooklyn, New York. Anna’s diary records her journey to America and her new life with an adoptive family of her own. And as Imani reads the diary, she begins to see her family, and her place in it, in a whole new way. Engrossing, heartfelt, and captivating from start to finish, The Length of a String combines contemporary and historical fiction in one moving story that shows family is far more than genetics. (for ages 10-14)

When we asked Elissa what her inspiration for THE LENGTH OF A STRING was, she had the most interesting story to share!

“The inspiration for The Length of a String came from three different places,” she recalled. “Growing up, one of my closest friends had been adopted from Mexico. She and her sister, who was adopted from within the U.S., were raised Jewish, like me. Thinking about their experience—especially what it might be like to look different from everyone else at Hebrew school—gave me the idea for Imani.”

Elissa then shared that the second idea came from an episode of “The Diane Rehm Show” on NPR in which many people were calling in and sharing their stories about being children of Holocaust survivors. One caller revealed that her grandparents had saved up money to send their children to America, but they could only afford to send two. When they got to the boat, the smuggler said, “Sorry, the price just doubled.” Now they could only afford to send one.

“I heard that and immediately began thinking about the story of the young girl who had to go to America by herself. It gave me the idea for Imani’s great-grandmother, Anna,” she added.

The third piece of this wonderful book came from Elissa’s own family history. “When I started writing the books, I was fortunate to still have four living grandparents, three of whom grew up in New York City in the 1930s and 40s. I sat down with them and recorded them talking about their childhoods and, with my Grandpa Marty, his career as a furrier. I was excited about the opportunity to incorporate their memories and stories into a book. But I’d never written anything historical before, and I was intimidated by the research involved. I decided to try combining my contemporary, adopted-character idea with my historical idea as a way to ease myself into this book. Once I started writing, I realized that the two stories were meant to go together all along” 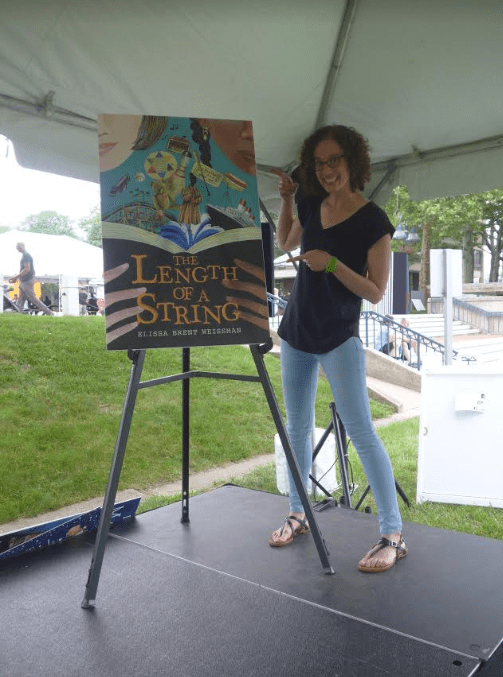 I (Becky) have just started digging into this book and I can assure you, I’m hooked. Putting this book down to get some work done is going to be a challenge! When I asked Elissa what she wanted teachers, librarians, and parents to know about The Length of String, she had this to say;

“Though a good portion of the book takes place during World War II, this is not your typical Holocaust story. Also, the ending is really good!” she shared. “The Length of a String is different from my other books—it’s for slightly older readers, it contains a historical story in addition to a contemporary one, and the subject matter is more serious, though it still contains a good amount of my trademark humor.”

Elissa’s website is also bursting with amazing teacher resources and curriculum for all of her books.  Learn more at ebweissman.com. You can also connect with Elissa on Facebook and Twitter. 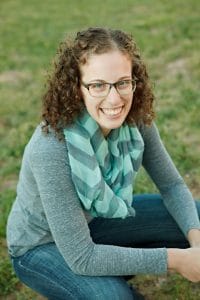 Elissa Brent Weissman is an award-winning author of novels for young readers. Best known for the popular Nerd Camp series, she and her books have been featured in Entertainment Weekly, The Washington Post, The Los Angeles Times, The Huffington Post, NPR’s “Here and Now,” and more. Named one of CBS Baltimore’s Best Authors in Maryland, Elissa lives in Baltimore City, where she teaches creative writing to children, college students, and adults. Learn more at ebweissman.com. 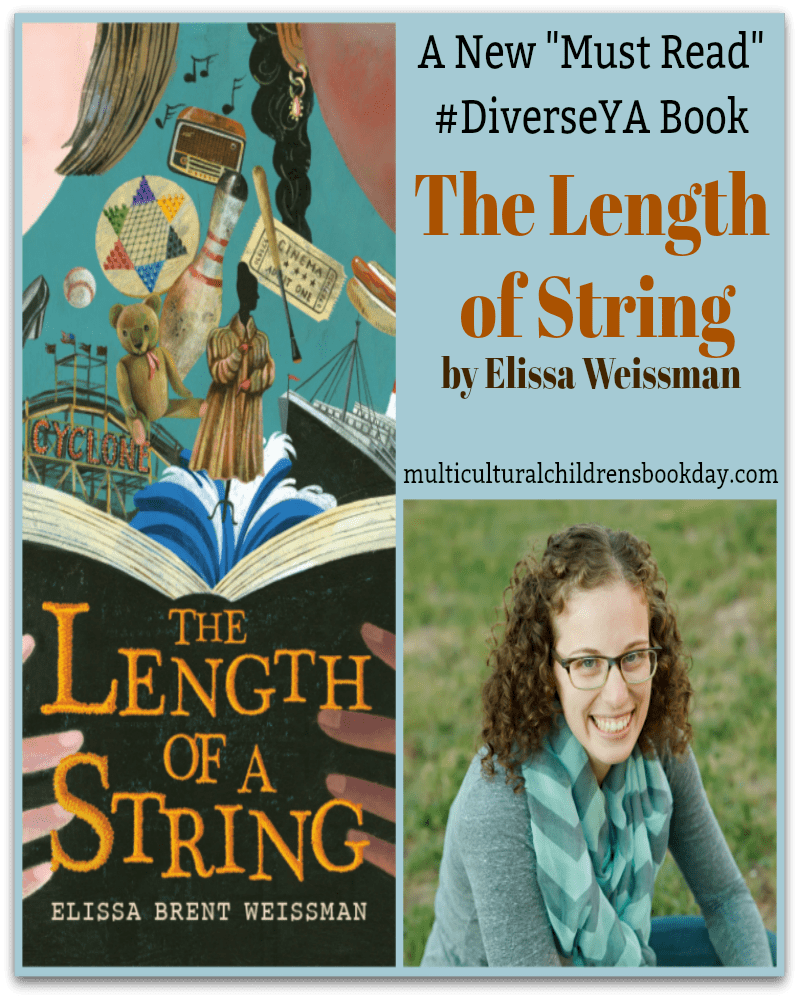 Get the scoop on a unique way to market your book or author HERE.