What do you want?

What do you want? Everyone has been asked that question. Is your answer “a million dollars, peace, and quiet or a new car”?

What do you want? It can be a caring question or an exasperating question.

What do you want? Your answer gives you the opportunity to advocate for yourself.

Books For Kids with Disabilities from Finding My Way Books

In 2011 Jo Meserve Mach started working with Vera Lynne Stroup-Rentier and Mary Birdsell to create children’s books. They brought together their different experiences in working with children with disabilities and their belief that these children’s voices needed to be heard.

Jo worked as an Occupational Therapist in early Intervention services with Vera, an Early Childhood Special Education teacher. Mary worked both as a middle school Speech and Theatre teacher and a videographer for early intervention services. Their lives and their dreams intersected. They came together to create books that would be meaningful for children with disabilities and fun for all children.

Important components of the book format were identified. By writing in the first person the books would be in the voice of the child. By including the word ‘want’ in each book title the books would show children with disabilities that they can advocate for themselves. Readers would be listening to them!

The creation of each book began by interviewing the child and their family members to discover what was most important to the child. This became the basis of their story and developed as the child’s interests and voice was revealed. Mary captured their emotions and actions in her photographs.

Ethan was born with congenital heart disease and his medical needs caused his development to be delayed. His speech was difficult to understand. A puppy becomes part of his family. His story shares how he is changed and realizes new abilities.

Kaitlyn was born with Down syndrome and she knows just what she wants to do.  But she is part of a family and has to learn that everyone has things they want to do. Her story describes how the needs of all her family members are met. It’s quite an exciting day at the zoo! 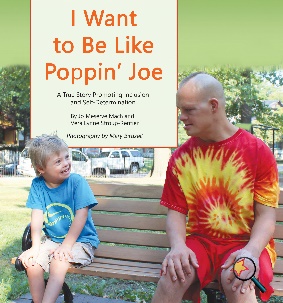 Isiah was born with Spina Bifida. He and his cousin Marco both share their love of playing ball. At times Isiah has to play differently, due to his disability, but that doesn’t stop their fun.

OE was born with cerebral palsy in the Soviet Union and spent the first five years of her life in a crib. She was adopted by a US family who wanted her to be able to do everything she possibly could for herself. She wants it to be Friday because that’s the day she learns to play boccia. 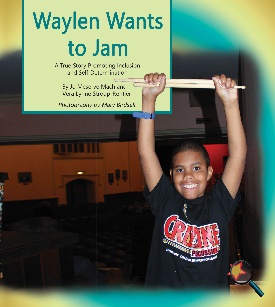 Waylen has autism. He wants to play the drums like his brother. When Waylen follows his interest he can do amazing things. Waylen’s story shares how he learned to be part of a drumline.

This nonfiction six-book series is published by Brown Books.  Many educational handouts are available for each book at Finding My Way Books.  They are great stories to share during Inclusive Schools Week. 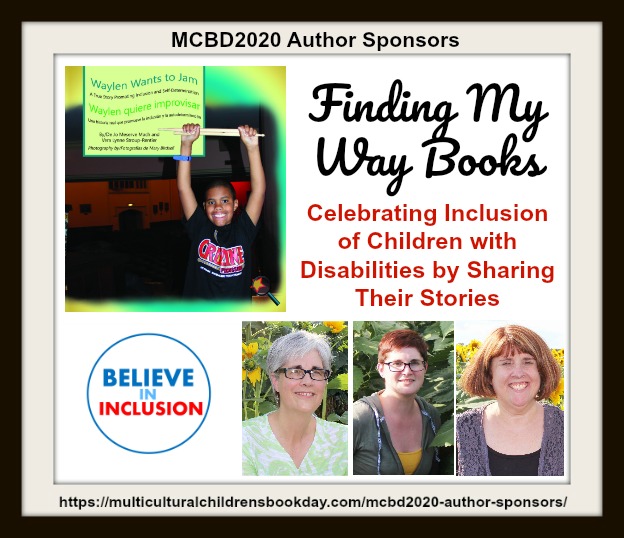