Muslim Writers Publishing was established in 2006 by Linda Delgado, the author of the Islamic Rose series. Ms. Delgado saw a need for quality fiction books written for the growing Muslim population in the United States. She ran the business and performed the services at her own expense in order to support Muslim English-language writers, who are a sort of fledgling class in an emerging genre.   In early 2013, Ms. Delgado passed the business to Debora McNichol.

Muslim Writers Publishing is a traditional publishing house that that specializes in Islamic fiction and offers other Muslim-authored fiction and nonfiction. MWP offers children’s chapter books, teen and young adult fiction, cookbooks, anthologies and other nonfiction. 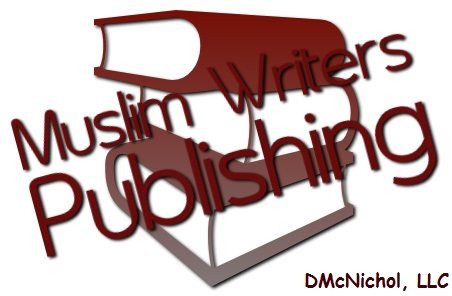 Two of the many wonderful titles offered by Muslim Writers Publishing is the Lulubug’s Week in the Life series, specifically Lulu and the Very Big Meanies (2013) & Lulu and the Monkey Marriage (2014), and upcoming in 2015, Lulu and the Babalou Bing Bangs. 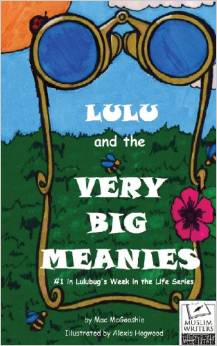 Lulu and the Very Big Meanies is the first book in the new series, Lulubug’s Week in the Life: Meet Laila, AKA Lulu, young Muslimah, drama queen extraordinaire, and big-time fashionista! Lulu can’t cut a break this week! First she finds out that she’s moving to a new school and a new town for the next school year, and it’s not even her fault. Then Veronica B. and Veronica C., the most miserable bullies in the world, hand-pick Lulu for their evil plans. Add to that a very sick kitty and the something buzzing in the woods out back, well, Lulu is just not having a great time of it. Even with the help of her friends and family, can she possibly survive the Week of the Very Big Meanies? Learn more HERE.

Lulu and The Monkey Marriage 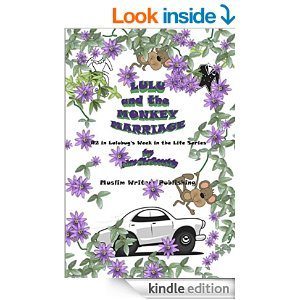 Lulu has a lot on her plate this week. Two houseguests, two weddings and the regional fair promise to keep her busier than usual. Bonus! Baba promises to close the restaurant early every day and spend the extra time with her!

When the local bank and grocery store are robbed, Lulu witnesses the getaway car as it speeds by. Trouble is, the police think she’s gone off the deep end, and she can hardly believe her own eyes!

But there’s more to worry about than a little bit of crazy — like her brothers and her friends in risky predicaments, Baba getting sick at the fair, Mama feeling sick at home, and Lulu herself being followed by a strange man in a strange car. Learn more HERE.

Please visit the website often to see what’s new, as they have plans to offer their current books in e-book and audio forms and to publish more terrific titles, if Allah lets. Visit their website HERE:


Want to stay in the loop for Multicultural Children’s Book Day? Sign up for our newsletter and never miss a review, giveaway or author visit!