Everyone deserves to see themselves in the pages of a book.

This statement has been one of the founding beliefs of this non-profit children’s literacy initiative for nearly a decade.

As our mission states, MCBD has been passionate about raising awareness for children’s books that celebrate diversity by getting more of these books into classrooms and libraries since the first day we launched this company. This non-profit also strives to shine the spotlight on the diverse books and authors that mainstream publishing and media often overlook.

That desire and commitment are reflected in everyone who works for, volunteers their time, and supports our non-profit, including our Co-founders Valarie Budayr and Mia Wenjen. These two Super Mamas are not only brilliant women; they are CEOs, change-makers, and authors themselves. They both are continually seeking and implementing new ways to make reading and diversity a priority. They are tireless!

With that in mind, we are putting Mia Wenjen in the spotlight because she is launching full-force into yet another critical mission: the mission to honor and recognize Asian Pacific American female athletes’ accomplishments!

As everyone knows, Mia has been an enormous part of Multicultural Children’s Book Day’s success. Her love of books has inspired her to pen THREE diverse picture books, including Sumo Joe (a Bank Street College Best Children’s Book of the Year), Asian Pacific American Heroes, Best #OwnVoices Children’s Books: My Favorite Diversity Books for Kids Aged 1-12 (a compendium of book reviews to find diversity books), and co-author How To Coach Girls (winner of IBPA Benjamin Franklin Silver Award™), and The Elusive Full Ride Scholarship: An Insider’s Guide.

Sports and diversity are enormous passions for her and her family, so it was natural for her kids to want to read sports-related books for kids. 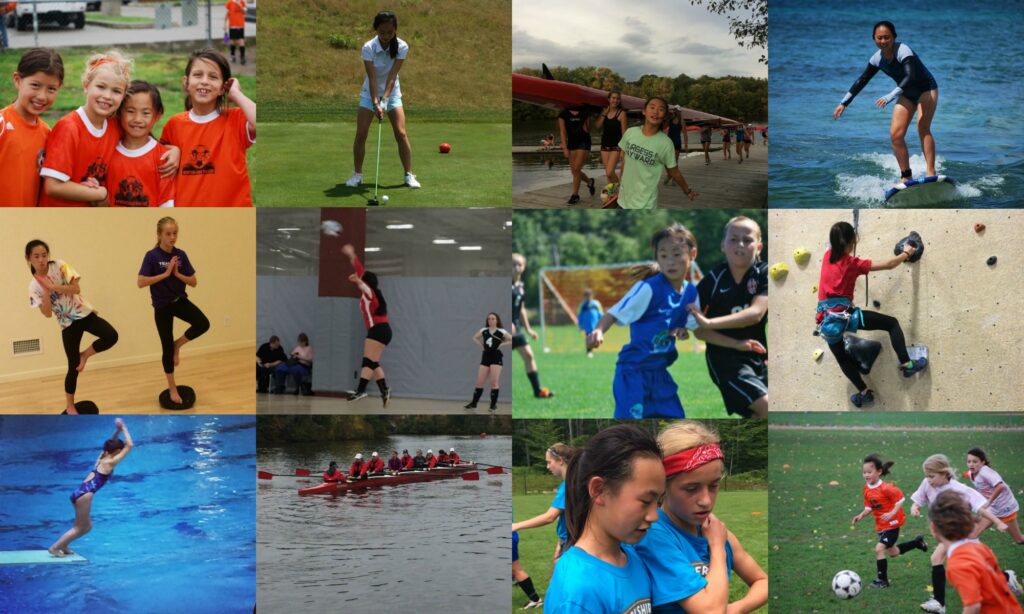 “There are so many other great values that kids can learn from sports, such as teamwork, leadership, and being a good follower,” Mia shared. “Like most of the parents in my town, we started our kids in Kindergarten Soccer. My husband coached, and he described it as “herding cats.” My kids tried many other sports from soccer, either joining teams, learning on their own, or taking a clinic. If they loved a sport, they trained more often. If it did not click, they moved on. My husband played golf professionally on the mini-tours, so our kids grew up as toddlers on a putting green!“

“I asked my middle daughter if she knew the names of any Asian-American female athletes or any books about them. When she laughed and said that there were not any, I was shocked and saddened. Mainly because I knew these athletes did exist; they just were not being talked about.”

“The few books that I did locate centered on more dance-driven sports, like figure skating and gymnastics. At that moment, I had to ask myself why there were no books with Asian-American female role models for girls available, especially for popular team sports like basketball, soccer, and hockey. Girls of every ethnicity need to see Asian-American females succeeding in sports to know that everyone can dream of stepping up on an Olympic podium. That was my wake-up call to write this book!”

The Kickstarter Campaign for Changing the Game: Asian Pacific American Female Athletes begins on February 15, and Mia shared that she has woven in a very special way for supporters to help her non-profit, Multicultural Children’s Book Day: a children’s literacy initiative that she helped to create. 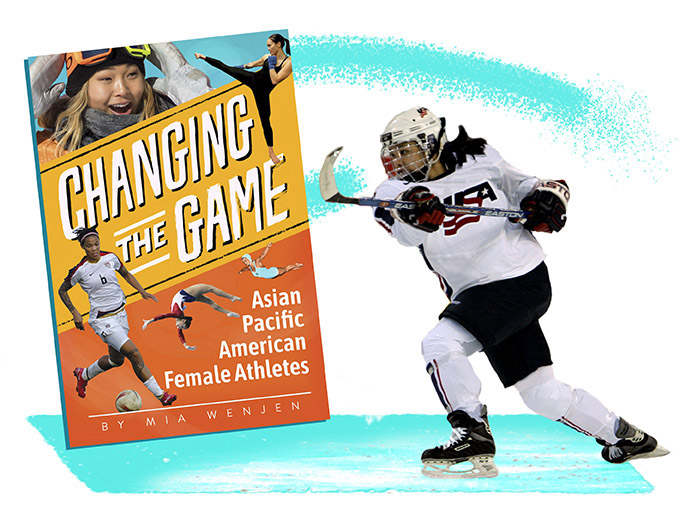 Backers who would like to support her project and diversity in children’s literature will have the option to use their dollars to get free copies of Changing the Game: Asian Pacific American Female Athletes into classrooms and libraries. 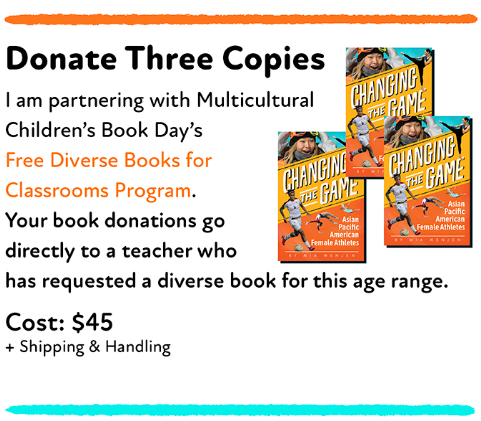 When the MCBD Team enjoyed a sneak peek at this book, we were amazed how all of the 18 women profiled in Changing the Game: Asian Pacific American Female Athletes were not only excelling at their chosen sport, but also that many of them had also overcome tremendous obstacles including poverty, racism, and injury to succeed.

“I would like them to know that Asian Pacific American female athletes are, by and large, hidden figures in the sports world, despite winning Olympic medals and overcoming great barriers, Mia added. “One athlete highlighted in my book earned Olympic gold for swimming but trained in an irrigation ditch because she did not have access to a swimming pool. How inspiring is that?!”

Meet the 18 Asian Pacific American Female Athletes in this book who excel at a range of sports and represent many Asian ethnicities. 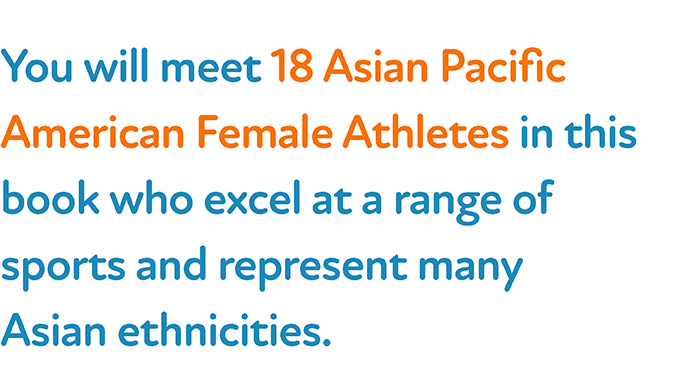 As someone who has spent many decades inspired by the love of books, Mia shared that she finally leaped into penning her diverse books a few short years ago. When asked what advice she could give to emerging authors, Mia had this to say:

“Think of writing and publishing a book just like learning a language. It may seem daunting at first to become conversational in a foreign language, but “baby steps” will get you there! Just keep at it, and it will happen!”

GO HERE to support this Kickstarter and learn more about Changing The Game! 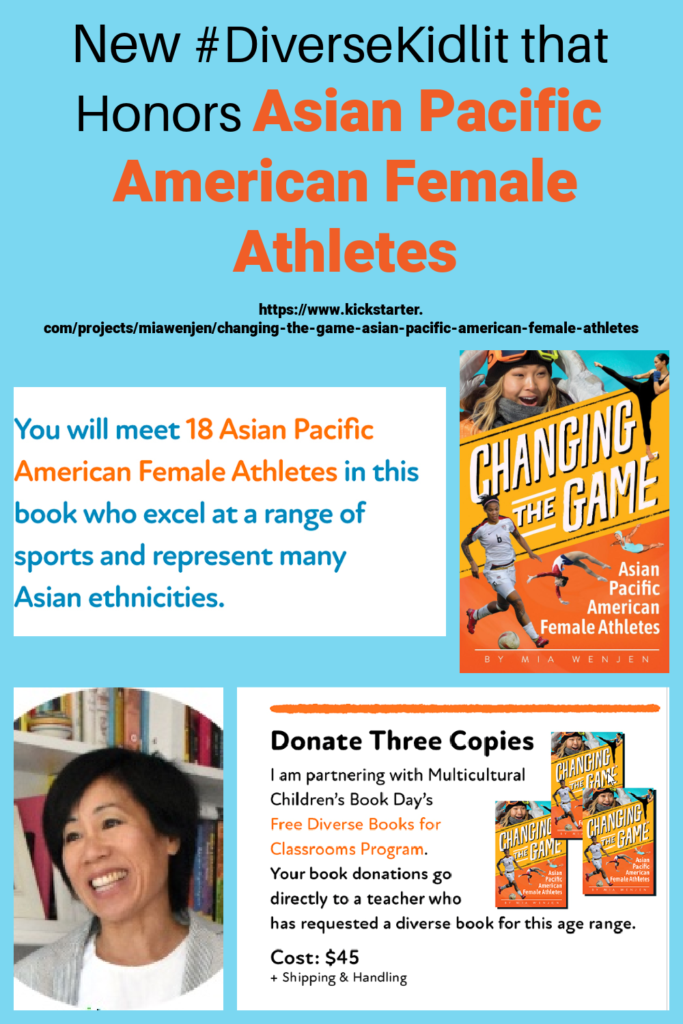 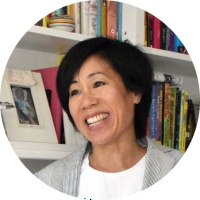 Mia Wenjen blogs on parenting, children’s books, and education at Pragmatic Mom and is the co-creator of Multicultural Children’s Book Day, a non-profit celebrating diversity in children’s books.

She is also the co-founder of Aquent, a creative staffing agency specializing in digital and marketing talent with 37 locations around the world.