We are giving away five copies of They Call Me Güero. Please fill out the Rafflecopter at the bottom to enter.

They Call Me Güero by David Bowles

Twelve-year-old Güero is Mexican American, at home with Spanish or English and on both sides of the river. He’s starting 7th grade with a woke English teacher who knows how to make poetry cool.

In Spanish, “Güero” is a nickname for guys with pale skin, Latino or Anglo. But make no mistake: our red-headed, freckled hero is puro mexicano, like Canelo Álvarez, the Mexican boxer. Güero is also a nerd–reader, gamer, musician–who runs with a squad of misfits like him, Los Bobbys. Sure, they get in trouble like anybody else, and like other middle-school boys, they discover girls. Watch out for Joanna! She’s tough as nails.

But trusting in his family’s traditions, his accordion and his bookworm squad, he faces seventh grade with book smarts and a big heart. Life is tough for a border kid, but Güero has figured out how to cope.

He writes poetry. [middle grade, ages 8 and up] 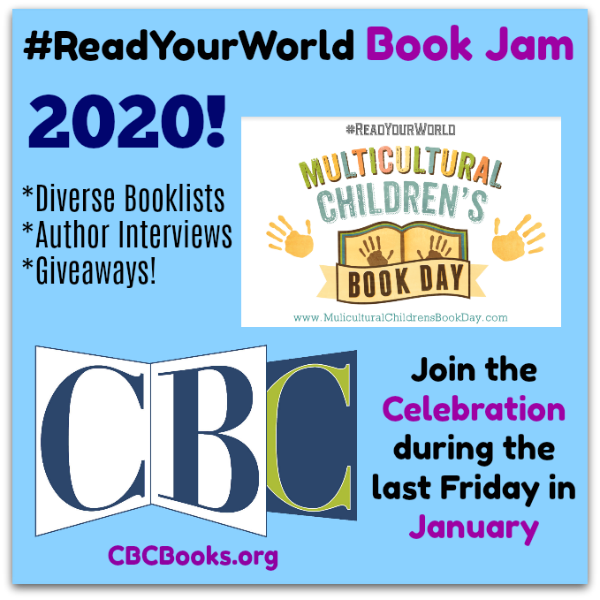 A Dash of Trouble (Love Sugar Magic #1) by Anna Meriano

I definitely have to start this list with the warm, home-spun magic of Anna Meriano’s sweet series. On the eve of Día de los Muertos, Leonora “Leo” Logroño stumbles on her family’s secret: the women are brujas, traditional witches whose spells make the family bakery special! But when Leo starts to dabble with magic herself, hijinks ensue! Every page is redolent with the aromas, sounds, and simple supernatural of my own childhood—and it is SUCH a fun read. [middle grade, ages 8 and up]

I was so excited when Rick Riordan picked Jennifer’s fantasy novel for his new imprint. She has done an amazing job of weaving Maya myth into this compelling (and snarky!) tale of disability and destiny. Zane Obispo may think he hates his life and his limp, but when a new girl shows up at school and reveals his divine heritage, he finds himself thrust into an unending war between chaos and order. The first in what promises to be an epic trilogy, perfect for Percy Jackson fans. [middle grade, ages 8 and up]

Efren Divided is a stunning, masterful, and timely debut. Ernesto Cisneros balances both the despair of a family torn apart by US immigration policies and the loving determination of a boy to bridge the divide. Firmly rooted in that in-between gray area that all border folk know, young Efrén rises to every challenge, discovering within himself and his community the magic to make a milagro. [middle grade, ages 8 and up]

The First Rule of Punk by Celia C. Pérez

Celia rightfully got a lot of attention for her debut novel. María Luisa “Malú” O’Neill-Morales got her Mexican from her mom and her punk from her dad. And at her new school in Chicago, where other Mexican American kids see her as a coconut (brown on the outside, white within), she is going to assert both her uniqueness and her cultural heritage. This music- and zine-filled celebration of identity reminds us that there are as many ways of being Mexican American as there are Mexican Americans. Phenomenal. [middle grade, ages 9 and up]

When I was a kid, nearly all of my friends were also my cousins (I have a lot of them). Diana’s latest book delves into this cultural commonplace among Latinx folks, chronicling the rivalry between Luna Ramos and her cousin Claudia. When Claudia enrolls in Luna’s fifth-grade class, their conflict spills over into school, to hilarious effect. The shenanigans are poignantly complicated by Luna’s inability to speak Spanish well, which makes her completely misinterpret her abuela’s advice. SPOILER ALERT: it works itself out in the end, as family spats often do. [middle grade, ages 8 and up]

Me, Frida, and the Secret of the Peacock Ring by Angela Cervantes

One of the trickiest experiences for a Mexican American is that first trip into the interior of Mexico, homeland of our ancestors. For Paloma Márquez, staying in Coyoacan while her professor mom is off in Mexico City is especially tough, because it’s the birthplace of her father—who died when she was little. But as she tries to improve her Spanish and remember their brief time together, she finds herself drawn into the mystery of a legendary lost ring. An exciting bit of sleuthing interwoven with cultural discovery. [middle grade, ages 8 and up]

The Moon Within by Aida Salazar

A lovely, important novel in verse! Celi Rivera is about to turn twelve and her body is changing as fast as the world around her. She’s not looking forward to her first period, but her mother—who has become fascinated by their Mexica heritage—is planning a traditional moon ceremony to celebrate Celi’s becoming a young woman. But Celi is conflicted about the ritual, as well as her genderfluid best friend and her first crush.  Parents, young girls, and xochihuah everywhere are going to benefit from Aida’s moving exploration of difficult but transcendent coming-of-age. [middle grade, ages 8 and up]

Xavier’s exciting series centers on Maximillian, a Mexican American boy who discovers he’s the heir to a wrestling dynasty.  In the latest installment, Max’s uncle—the Guardian Angel—is facing “a wild new wrestler who might just topple him from his lucha libre throne.” The Fallen Angel. Now, in addition to managing his blossoming romance with hazel-eyed Cecilia, Max realizes he may have to take up the Guardian Angel’s mask sooner than expected! Amazing illustrations by the author, as always. [young adult, ages 12 and up]

Five Book Giveaway of They Call Me Güero

We are giving away five copies of They Call Me Güero to five winners. Please fill out the Rafflecopter below to enter. We can only mail to U.S. addresses. 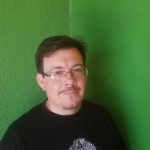 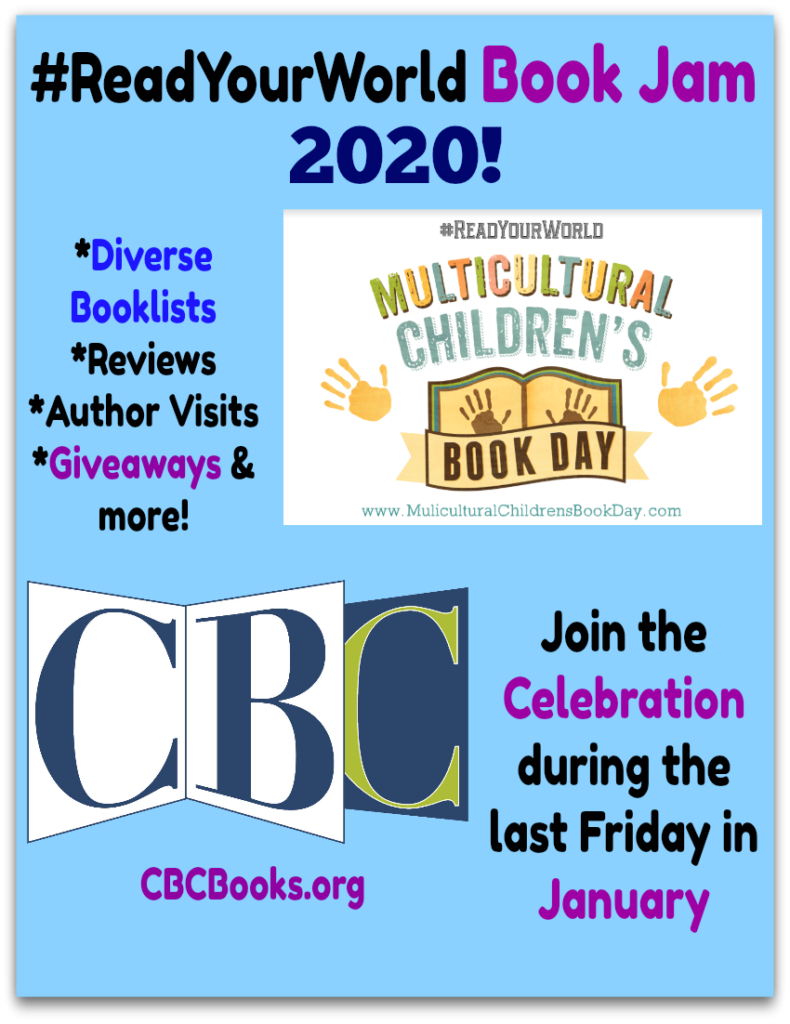 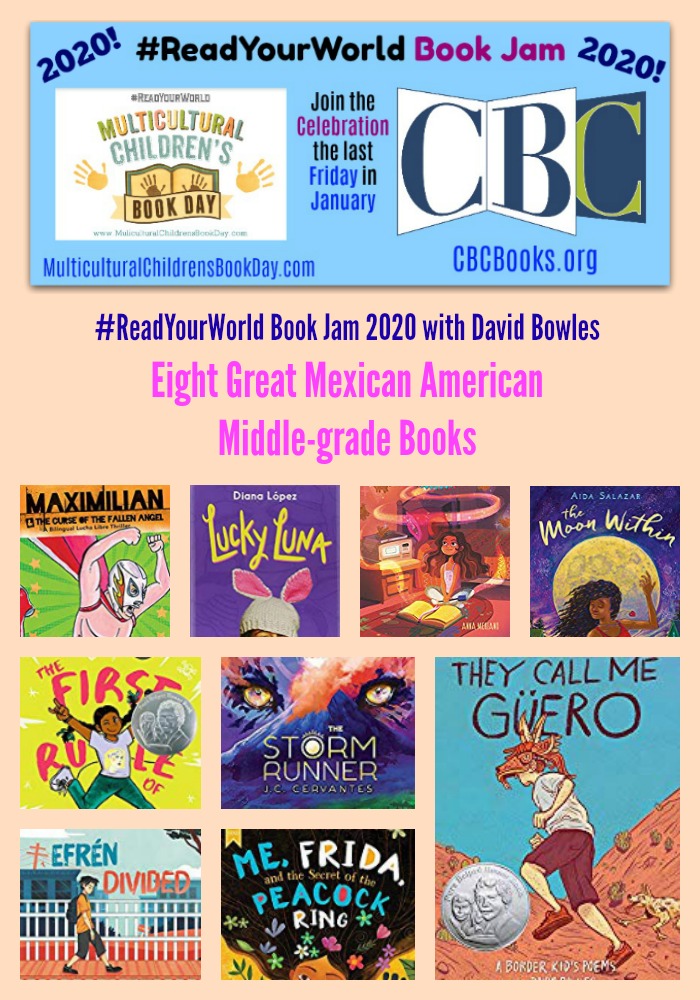