Please welcome Nestlé Smarties Prize for Children’s Literature and Nestlé Smarties Prize for Children’s Literature winner SF Said. His book, Phoenix, which won an IBBY International Honour List for writing can be described as the Brit version of Jacqueline Woodson’s Brown Girl Dreaming. Today, he shares his favorite diverse YA and chapter books. We are also giving away a copy of Phoenix. Please see bottom of the post to enter the Rafflecopter to win.

A Wizard Of Earthsea by Ursula Le Guin

I learned from Le Guin that children’s literature could be great literature, and that it could tell stories about people of colour – for Earthsea’s wizards were all brown, copper-red, or black.  This was something I’d never seen before, and as someone from a Middle Eastern Muslim background, it came as a revelation after which anything seemed possible. [chapter book, ages 9 and up]

The Exploits of The Incomparable Mullah Nasrudin by Idries Shah

These are the only books I can remember reading as a child that were about characters from the Muslim world, and I loved them.  They’re retellings of traditional stories from the mystical Sufi branch of Islam – not so much children’s books as books for everyone, as funny and accessible as they are wise and profound. [chapter book, ages 9 and up]

What Ursula Le Guin did for me, Malorie Blackman did for younger generations, imagining an alternate history in which Africans enslaved Europeans. It’s thrilling, page-turning science fiction; every page is lit up by the brilliance of her thought experiment, and the propulsive power of her storytelling. [young adult, ages 12 and up]

Ash Mistry And The Savage Fortress by Sarwat Chaddha

I’ve always loved mythology, and I want my own books to have a resonant mythic basis, so I enjoy reading writers who find fresh ways to bring ancient myth to life.  That’s what Sarwat Chaddha does in Ash Mistry: a book that fuses Hindu mythology with the dynamics of videogames, action movies, and comics to tell a rollercoaster of an adventure story. [chapter book, ages 10 and up]

I admire the way Malinda Lo works with the conventions of genres like fantasy and science fiction, but infuses them with wider perspectives, making Huntress as much a Buddhist and Taoist story as a fantasy story.  I also have huge respect for the work she does to champion diverse literature for young people, especially through Diversity In YA. [young adult, ages 12 and up]

The Birchbark House by Louise Erdrich

This was recommended to me by Debbie Reese, whose American Indians In Children’s Literature blog is an invaluable resource.  As part of a series that tells 100 years of history through the lives of a single Anishinabe family, it can be seen as a Native American response to Laura Ingalls Wilder’s Little House books, but stands alone as children’s literature of extraordinary scope and scale, and wonderfully precise detail. [chapter book, ages 9 and up]

I love beautiful poetry and prose – writing whose texture and rhythm is designed to give the reader pleasure – and Jacqueline Woodson’s writing is up there with the very best I know.  I also love the way she brings together the personal and political in this account of her childhood, and I share her passionately-held belief that books can change people, and change the world. [novel in verse, ages 10 and up]

A mythic space epic that uses the idea of aliens to think about identity and difference, and ideas from astrophysics to explore the connections that unite us all.  It means a lot to me that on the IBBY International Honour List for writing, Brown Girl Dreaming represents the USA – and right next to it, Phoenix represents the UK.  I put everything I know and everything I love into my books, so I hope Phoenix shares something with all these titles, which shaped my sense of what children’s literature can be. [chapter book, ages 9 and up]

Please fill out the Rafflecopter below to win Phoenix. We can only mail to U. S. addresses due to the high cost of shipping. 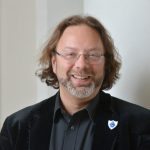 SF Said is an award-winning British Muslim children’s writer.  His first book, Varjak Paw, won the Nestlé Smarties Prize for Children’s Literature; The Outlaw Varjak Paw won the BBC Blue Peter Book Of The Year.  His new book Phoenix was selected to represent the UK on the IBBY (International Board Of Books For Young People) Honour list, and was shortlisted for the Guardian Children’s Fiction Award.  He has written widely about children’s and young adult literature for The Guardian and The Daily Telegraph. 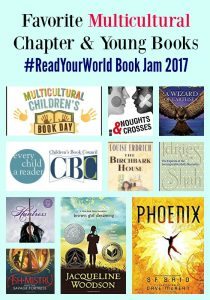