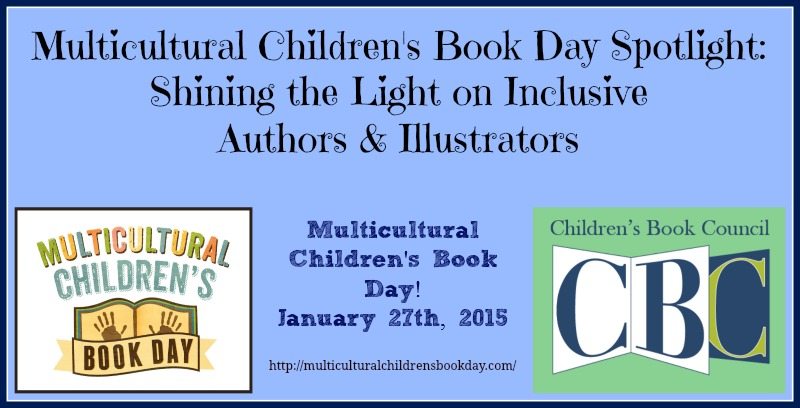 Today’s spotlight is on Kashmira Sheth talking about her latest book, Tiger in My Soup! 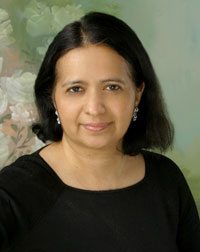 Kashmira Sheth was four years old at the first Indian wedding she remembers, and she still cherishes the memory of the festivities in her grandparents’ house. Since then she has attended many weddings but, unlike Sona, has never successfully stolen a groom’s shoes. She is the author of many acclaimed books, including Tiger in My Soup, My Dadima Wears a Sari, and Monsoon Afternoon. Sheth teaches at Pine Manor College, in their Solstice MFA in Creative Writing Program. 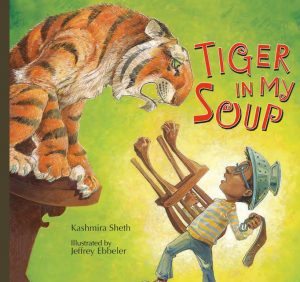 My latest published book, Tiger in My Soup, draws from my childhood memories with my brother. We grew up without television and we played with friends a lot. In the rainy (monsoon) season and in the hot summer, however, he always wanted me to read to him. Sometimes, it was annoying.

My next book, which is coming out in spring 2015, is called Sona and the Wedding Game. A Hindu wedding is long and full of rituals and it was difficult to decide what the focus of the story should be. Once I started to write about the wedding from a young girl’s perspective though, the choice became clear. I centered the story around the unique task to steal the groom’s shoes that Sona is given and her excitement and anxiety over it. I believe all children will be able to relate to the story.

I get my ideas and inspiration from many areas: childhood memories, events in my current life, stories I read in the newspaper or from other fiction and non-fiction works. If an idea sticks with me for a while, a story begins to take a shape. Then it is time for me to start working on it. Sometimes, I am in the middle of something else and so I simply write down the idea and make a few notes about it in my future project file, and come back to it later.

My latest book, Tiger in My Soup, was inspired by my relationship with my brother. Before I began to write it down I knew humor and imagination were going to be big parts of it because that’s what I remember from our childhood.

My daughter’s wedding was the catalyst for Sona and the Wedding Game, which will be published in April 2015. It was a fun, happy book to work on. 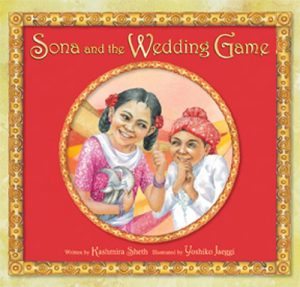 For the more distant future, I have another picture book, Feast of Peas, under contract that is based on a story I grew up listening to. I also have a chapter book that is finished and I am working on a historical fiction set in India as well as a contemporary fiction set in the United States.

This winter/ spring I am travelling a lot, doing school visits in Massachusetts, Washington, Virginia, and Wisconsin. I will also be participating in the first Children’s Literature Festival in Bentonville, Arkansas this spring as well as the International Literature Association (ILA) conference this summer in Saint Louis, Missouri.

To find out more about Kashmira Sheth, please visit her website!