Please welcome Lisa Yee today as our spotlight on diversity and inclusion authors and illustrators continues! 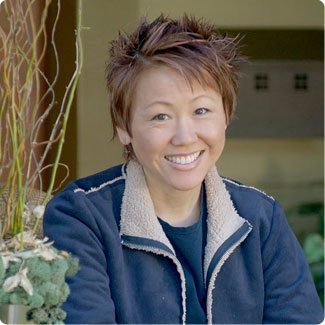 Lisa Yee was born and raised near Los Angeles. As a kid, she loved reading, opening brand new boxes of cereal (to get the prize), and riding the teacups at Disneyland.

Lisa has been an inventor, a hand model (once), and worked for a creative think tank. At Walt Disney World she was a writer/producer and one time, when she was the only short person around, she got to be Mickey Mouse. She has also directed creative projects for Fortune 500 clients, led creativity seminars for dairy farmers (moo), and been featured in the Wall Street Journal for her obsessive workaholic behavior. (She is now practically, totally cured of this.)

Since then, she’s had nine more novels published — and at this VERY MOMENT is working on a new one. Well, either that or she’s having a snack. Her next novel is a for teens and titled THE KIDNEY HYPOTHETICAL – OR HOW TO RUIN YOUR LIFE IN SEVEN DAYS. 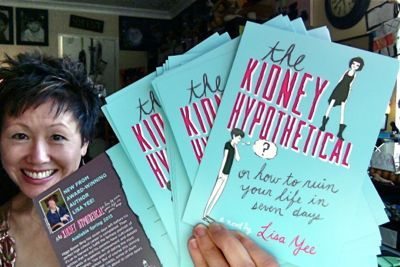 Lisa has about two million books in print, and has garnered oodles of awards, and her backwards handwriting is neater than her regular handwriting. Lisa lives in South Pasadena, CA. Her HUGE collection of Winnie the-Poohs is on loan to the White River (Ontario) Winnie-the-Pooh Museum. 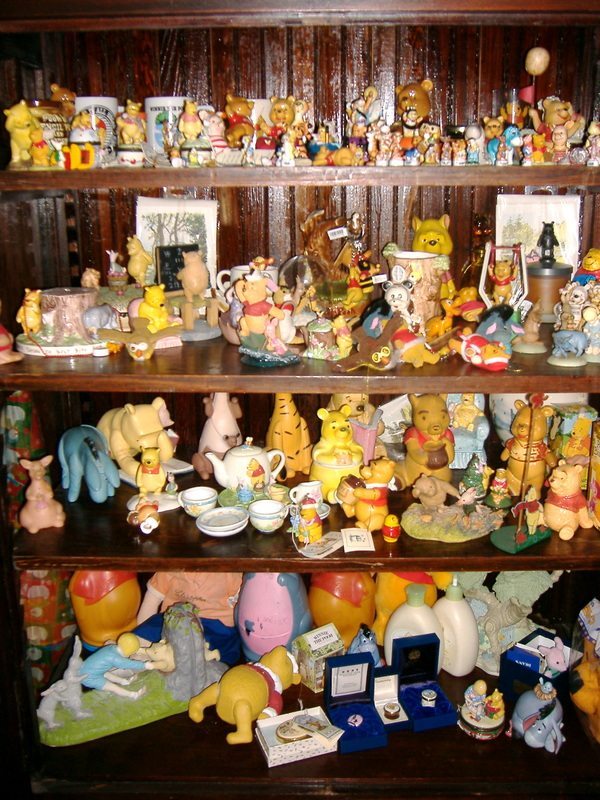 Let’s see what Lisa Yee has been up to (besides collecting Winnie the Pooh dolls!).

I decided to write out all the letters to see which one caught my fancy, but never got past a capital “B.” It’s so fluid and delightfully swoopy. Plus, it’s the first letter of my son’s name.

The Kidney Hypothetical – or how to ruin your life in seven days, is a return to Young Adult fiction for me. (My last YA, Absolutely Maybe, was out in 2009.) In his last seven days of high school, what should be the best seven days of Higgs Boson Bing’s life, he is shaken to the core when someone sets out to destroy him. For the first time ever, he asks himself, what if the person you are meant to be is not the person you want to be?

There’s a certain physical reaction I get when I know I’ve hit on a good idea. It’s hard to explain, but it’s sort of like being in love — you just know.

Ha! Well, when my daughter was in high school, she called me up and said, “Can you come get me?” And when I did, she said, “I wanted to talk to you before the police called you.”

She had been with a group of her girlfriends and they dared each other to climb the water tower — only she was the only one who did. And when someone called the police, instead of coming down, she kept going up, because it was easier to go up than come down. And she got stuck.

I could not get the image of a kid stuck up on a water tower out of my mind. So I knew I had to write about it. I made it a boy, instead of a girl, and then I had to figure out what would compel him, someone who was afraid of heights, to take a life-threatening risk like that.

Just completed a short story and essay for Been There, Done That, an anthology that’s being published by Penguin. And right now I’m working on something that I’m not quite ready to talk about yet!

To learn more about Lisa Yee, please visit her website.