Now, decades after that incident, the idea of a food fight still appalls me.

Perhaps it’s because I spent my first nineteen years in India, where I saw hungry children on the streets, every single day. Maybe it’s also because my grandfather faced hunger as a child. And in part, it’s probably because I was raised by a single mom and for several years our economic situation was fraught.

Then again, I always had enough to eat. But although I never went hungry, I came into close contact with children who had – because my mother volunteered at several schools that were attended by children who’d faced dire poverty. I was befriended by two Roma girls, one of whom ran away from her family and hid in a graveyard until a school gave her refuge. At a homeless shelter, I met children who were fiercely independent and proud of their ability to support themselves.

The food provided in these places was certainly not superior to American school cafeteria food – but I can’t remember any child ever wasting even a grain of rice. What I do remember is how carefully and attentively they’d savor the sweet treats they were served on rare occasions. And these children weren’t just hungry for food – they were hungry for books, too. To them, school was a place of safety in an otherwise violent and unpredictable world.

My memories of these children provided the inspiration for my 4th novel, THE BRIDGE HOME. 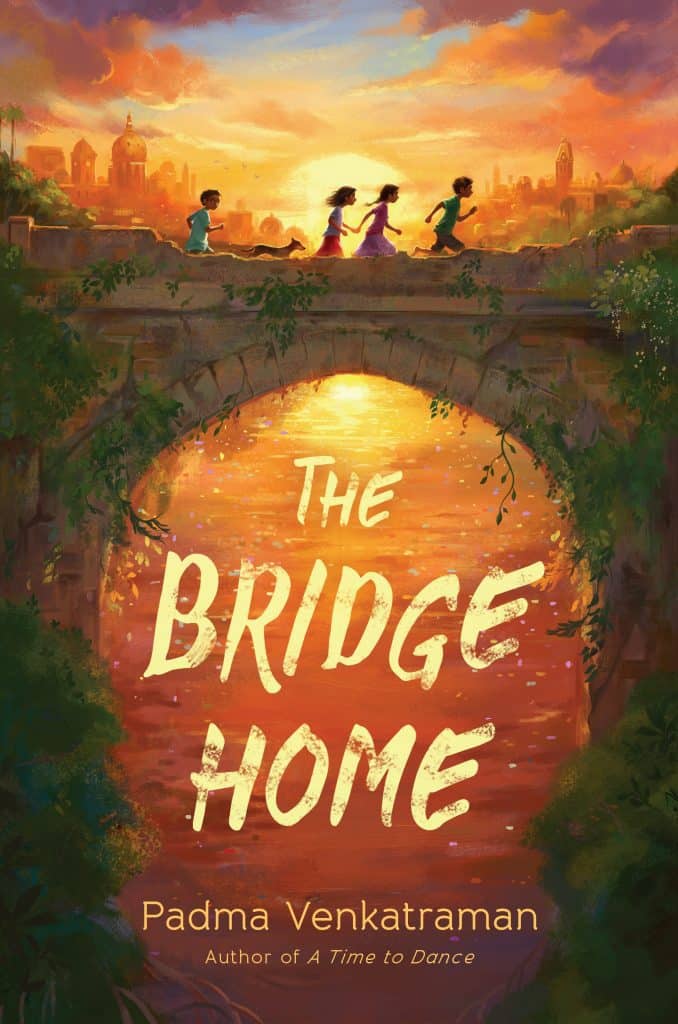 Recently, when Grace Lin honored me by interviewing me for her kidlitwomen podcast, she asked me to dream big. Since then, I’ve realized that my biggest dream specifically for THE BRIDGE HOME is that it shall raise awareness about hunger and homelessness, which children face not just in India, but also in America, and across the globe. I hope that by laughing – and crying – with my characters, my readers will form a bond of empathy so strong that they will never engage in a “food fight.” 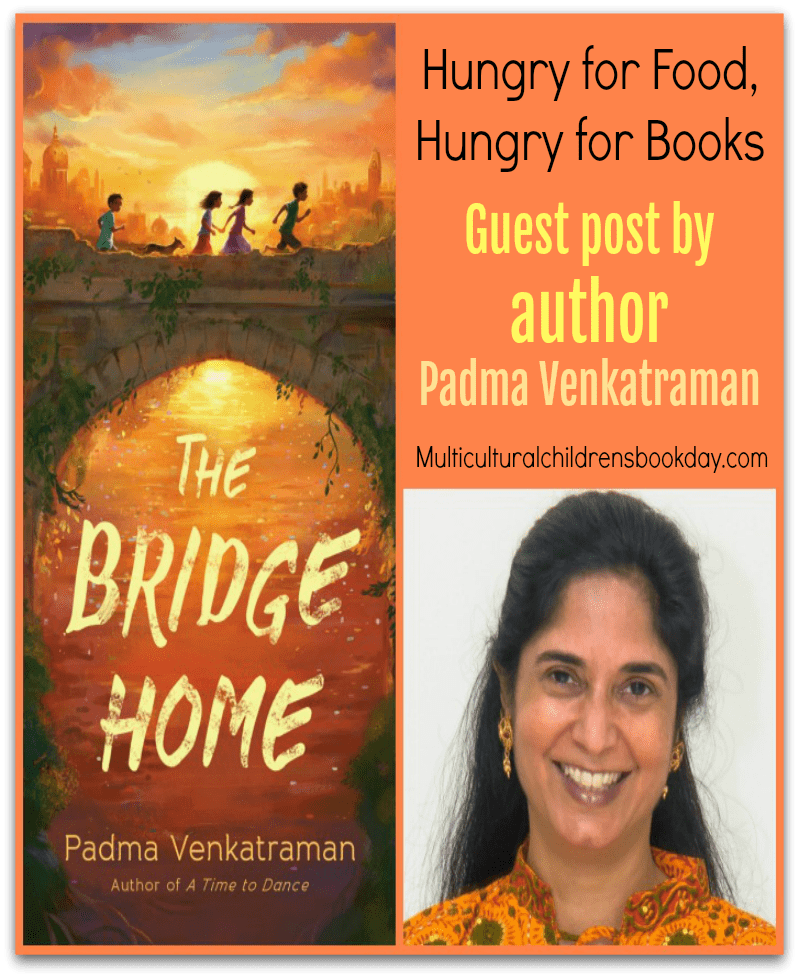 Award-winning American author, Padma Venkatraman, worked as a chief scientist on oceanographic ships, explored rainforests, directed a school, and lived in 5 countries before settling down in Rhode Island. Her middle-grade debut, THE BRIDGE HOME, a contender for the Global Read Aloud initiative, is available for pre-order and scheduled 2019 February release. In a Starred Review, Kirkus calls it “a blisteringly beautiful book.”

Life is harsh in Chennai’s teeming streets, so when runaway sisters Viji and Rukku arrive, their prospects look grim. Very quickly, eleven-year-old Viji discovers how vulnerable they are in this uncaring, dangerous world. Fortunately, the girls find shelter–and friendship–on an abandoned bridge. With two homeless boys, Muthi and Arul, the group forms a family of sorts. And while making a living scavenging the city’s trash heaps is the pits, the kids find plenty to laugh about and take pride in too. After all, they are now the bosses of themselves and no longer dependent on untrustworthy adults. But when illness strikes, Viji must decide whether to risk seeking help from strangers or to keep holding on to their fragile, hard-fought freedom.

Her previous 3 novels, A TIME TO DANCE, ISLAND’S END and CLIMBING THE STAIRS, were also released to starred reviews and won numerous honors and awards.

Our Poverty Doesn’t Discriminate: Understanding Poverty in America kit is ready to be downloaded and enjoyed by parents, librarians, and educators. This free classroom kit includes:

~Our official “Poverty Doesn’t Discriminate” Classroom Poster thanks to the talents of award-winning illustrator, Mehrdokht Amini

~ Links, resources and services available to under-served families in the U.S.A.

As always this non-profit thanks you for helping us to continue our mission of getting diverse books into classrooms or the hands of young readers while also helping authors and publishers shine the spotlight on their work.

Our official hashtag is #ReadYourWorld