Guest Post from D. G. Driver, Author of Cry of the Sea

I was driving to work, mulling about what to write for this guest blog post when an interview with the writing/illustrating team of the picture book The Last Stop on Market Place came on NPR. The author, Matt de la Peña began speaking about diversity: “This book is about diverse characters, but it isn’t about being diverse.” Then illustrator Christian Robinson added that when books focus explicitly on diversity, “there tends to be an element of heaviness — maybe because the history is heavy and serious.”1

Lo and behold! That was exactly the topic I wanted to discuss here, something I’ve heard referred to as “casual diversity” which has come up repeatedly in articles pertaining to the We Need Diverse Books campaign. What is desired are more books for young readers wherein the protagonist of a story isn’t the typical white-washed face we always see. Instead, let this character be diverse. Let the action and story arch progress just like it would in any other book, without the diversity being the point of the story. After all, we don’t read books where a hero is struggling to conquer a dragon or stop an evil curse while also dealing with the pressure of how white he is, do we?

Right before the WNDB campaign kicked into high gear, Fire and Ice Young Adult Books released my fantasy novel Cry of the Sea about a teen daughter of environmental activists who discovers mermaids washed up in an oil spill. She finds herself in the middle of a struggle to protect the mermaids from her over-eager parents, the media, the kids at school, a marine biologist and his handsome young intern, and the oil company. Her mission is to keep the mermaids from being exploited or killed. Quite an adventure for a teenage girl, and guess what? She’s half American Indian. We learn that on the very first page of the book. We also learn that she’s extremely smart, has issues with her highly visible activist parents, and is struggling to find friends because of her parents’ extreme exploits. Does the fact that she’s part American Indian come into play during the book? Yes, it does. Is the book about her being American Indian? No, it’s not. 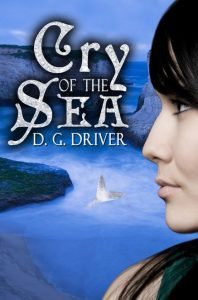 Why did I choose to do this? I’m not American Indian. I could’ve very easily made my main character a white girl with mousy brown hair like me. Well, I originally came up with the premise for Cry of the Sea in 1999 when the 10-year anniversary of the Exxon-Valdez oil spill was all over the news. I began to explore the idea of what would happen if mermaids got caught in an oil spill. I felt that the story would have to take place in Washington State. Around the same time, I’d been teaching 3rd/4th grade Special Education for a few years, and my favorite unit of the year was always the one on American Indian history. I was particularly taken with the tribes of the American Northwest. I knew in my heart that I wanted my main character, an advocate of the environment, to be American Indian.

In subsequent years of writing and revising this book I did research and found some mythology from the region to match my storyline. I had to fudge it a bit to make it work perfectly (this is fiction, after all), but I was excited to find some that were almost the right puzzle piece. I researched the Tribal Nations of Washington and decided which one would be a good fit for her heritage, and I was careful, after a word from a prominent reviewer who read the blurb of my book before publishing, to make sure to refer to Juniper and her father as American Indian as opposed to Native American.

When Caroline Andrus, the cover artist at my publishing house sent me the cover of Cry of the Sea I was ecstatic at the result and thought Juniper’s face was perfect. A friend of mine, however, said she was surprised when she read that Juniper was American Indian because she couldn’t tell from the cover art. This made me curious about the response to my book. Reviews have been good, and have referred to Juniper as being “strong” and a “role model” but only one so far has mentioned her heritage. So, I asked three of my readers who are different ethnicities to weigh in on what they thought of how I handled the diversity issue in Cry of the Sea. Here’s what they had to say:

“I enjoyed the main character being a Person of Color. The subtle references to her culture throughout the book reminded me that she wasn’t the ‘typical’ ethnicity cast into the role of the heroine, but it also gave the character an edge without over-powering the main idea of the story.” – Maria Olowoyo (African American)

“I think the descriptions of [Juniper] were enough; they told about her background and helped set the story. A little bit more and it would have been too much, taking away from the story. I liked how the mermaid legend was added as part of her background.” – Michelle Ortega (Mexican American)

“The fact that Juniper Sawfeather is Native American is secondary to her passion for the ocean, for conservation and her desire to find her own way out of her parents’ shadow; the latter three being elements that are the true fuel that propel the story forward. Likewise, Juniper’s parents are not only successful, but hold positions of prominence and importance. In doing this, D.G. Driver reconstructs the popular fairy-tale image of the Native American from that of primitive teepee dweller, drum-beater and animal-hide wearing Indian Princess to an Everyman who is modern, strong and outspoken. An Everyman whose ethnic identity has helped shaped his or her outlook but who is also not limited or defined by it. One is able to put aside, or even forget, that Juniper is Native American and cheer her on and admire her — not because she’s accomplished “despite being” a minority, but simply because she’s an intelligent, strong-willed, and passionate girl.” –Jeni Richard (Asian American) 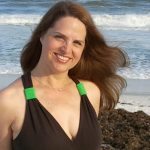 G. Driver has been a published author for twenty years now. She has several award-winning non-fiction biographies with Morgan Reynolds Publishers under the name Donna Getzinger. In 2014, she started publishing Young Adult as D. G. Driver. Cry of the Sea is her first YA novel, with its sequel, Whisper of the Woods, due to be released in November 2015. Also by D. G. Driver is her YA novella Passing Notes, and her short story “The Jamaican Dragon” in the pirate anthology A Tall Ship, A Star, and Plunder. She lives near Nashville, TN. Learn more about her work and follow her blog at www.dgdriver.com