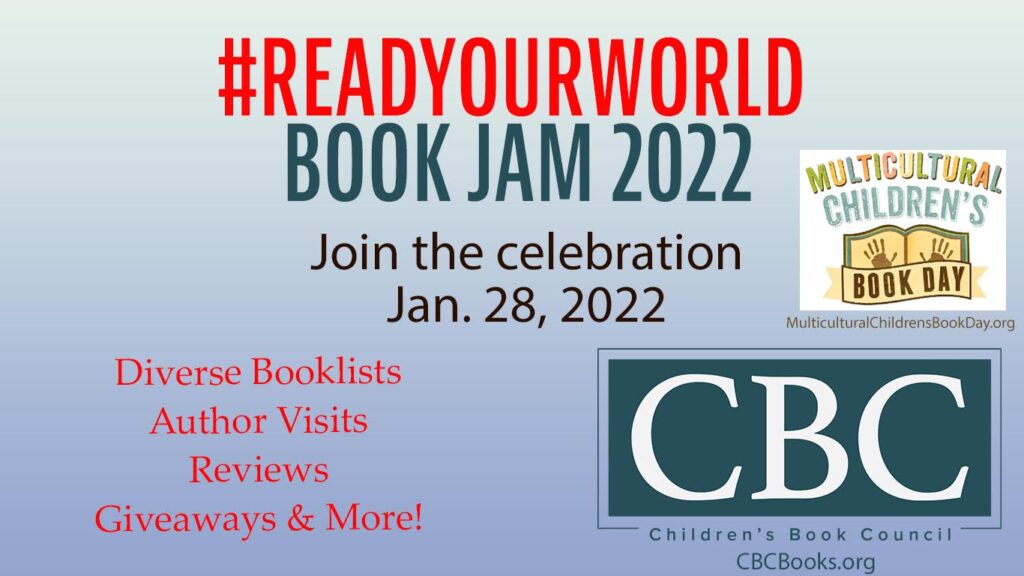 Multicultural Children’s Book and The Children’s Book Council are thrilled to team up to present the 2022 #ReadYourWorld Book Jam. Please welcome Lois-Ann Yamanaka with her list of Hawai‘i Children’s Books by Writers of the Island We Call Home.

Snow Angel, Sand Angel (Picture Book) by Lois-Ann Yamanaka tells the story of Claire who has been surrounded by deep blue waves and magnificent mountains of Hawai‘i all her life but has never, ever seen snow. And that’s what she wants more than anything. When her father drives her and her family to the top of Mauna Kea, she can’t help but be disappointed . . . it’s not the winter wonderland she’s always dreamed of. But as Claire edges closer to the New Year, she wonders if maybe she can delight in the special joys of winter in her own way—right there, on her Big Island of Hawai‘i. A guide in the back captures some of the local flora and fauna of Hawai‘i, as well as the value of being environmentally friendly. [picture book, ages 4 and up]

We are giving away 10 copies of Snow Angel, Sand Angel. Please fill out the Rafflecopter at the bottom to enter.

… introduces very young children to Princess Bernice Pauahi Bishop, the great-granddaughter and last descendent of Kamehameha I. Her love for the Hawaiian people led her to leave her lands for the education of Hawaiian children. The major events in her life are beautifully depicted in color throughout. Julie Stewart writes in a way that evokes the patterns and poetic nature of ‘Ōlelo Hawai‘i, the Native Hawaiian language. [picture book, ages 4 and up]

… set in the 1970s in Hawai‘i and written in amazing Hawai‘i Creole English, follows adolescent Filipino characters who grapple with the difficulties of fitting in as immigrants, discovering their sexualities, and deal with the social structure of Hawaii’s diverse communities. [young adult, ages 14 and up]

Pass On, No Pass Back by Darrell H.Y. Lum, illustrated by Art Kodani

This is a collection of short stories about growing up in Hawai‘i, written in pidgin English, or Hawaiian Creole English, resounds in the everyday language of the Islands with the lyricism of native Hawaiian and the words and phrases of many immigrant peoples who arrived as low paid contract workers beginning in the 1870s. [young adult, ages 14 and up]

Ho‘olulu Park and the Pepsodent Smile by Juliet S. Kono, a Hilo-born poet and novelist

This collection’s title story tells of a girl’s realization that her picture will never win the contest for this toothpaste brand when she sees the “beautiful haole winners” on the window of a Hilo drugstore. Her sister says, “No fool of a judge is going to pick you, a Japanese girl, no matter how beautiful your teeth. He probably looked at your picture and laughed.” Poignant stories for all ages. [young adult, ages 14 and up]

The Red Shark by Ruth Tabrah

… is set on a sugar plantation on the Big Island of Hawai‘i. Tabrah gave faces and names for young readers like me from the islands who never saw depictions of ourselves, families, and cultures in YA literature. Published 51 years ago, Stanley Sasaki, a Japanese-American protagonist, learns traditional ways of fishing and diving, and cultural respect from his native Hawaiian friend, Isaac Kaimana, who also teaches him an old legend about the red shark. Until I saw myself in Tabrah’s books, I did not exist. This is the power of literature for children. [young adult, ages 14 and up]

We are giving away 10 copies of Snow Angel, Sand Angel. Please fill out the Rafflecopter below to enter. We can only mail to U.S. and A.F.O. addresses. 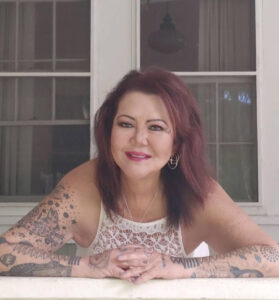 Lois-Ann Yamanaka was raised on the Big Island of Hawai‘i. She believes that children need to “see” themselves, their families, and their neighborhoods in words and art. Otherwise, they do not exist! That is the extraordinary power of literature and art. Snow Angel, Sand Angel, her latest children’s book (2022 release), is based on a longing that she experienced as a child to see “real” snow, which she saw in Christmas cards, movies, and magazines, and on television. Yet so much beauty already existed around her. She just needed to see the extraordinary amazement of it all. Today, Lois-Ann lives in Honolulu, Hawai’i, with her seventeen-year-old poodle, Bazo of Baker Street, whom she taught to do math.

Join us Friday, January 28th at 9 pm EST for our #ReadYourWorld Twitter party. We will be giving away book bundles of 9 books each every five minutes!