1. Usagi Yojimbo: The Ronin by Stan Sakai
Written and drawn by the award-winning cartoonist Stan Sakai, this long-running series of graphic novels tells the story of a samurai rabbit on a warrior’s pilgrimage in a world populated by anthropomorphic characters. Influenced by Japanese history, folklore, and cinema, Usagi’s story is a sweeping epic with both episodic tales and multi-volume arcs, and the first volume “The Ronin” is the best place to start. [graphic novel, ages 10 and up]

2. Avatar: The Last Airbender – The Promise by Gene Luen Yang, Michael Dante DiMartino,  Bryan Konietzko, edited by Dave Marshall, illustrated by Gurihiru
Based on the popular animated series which drew from Chinese, Indian, and numerous Far East as well as tribal cultures for its settings, costuming, martial arts, and other world-building, this series of graphic novels features the further adventures of Aang and his friends. “The Promise” builds wonderfully on the family and friendship, coming-of-age, and balance of power themes of the cartoon with the same drama, action, and humour thanks to writer Gene Luen Yang and artists Gurihiru. [graphic novel, ages 8 and up]

3. Bone: The Great Cow Race by Jeff Smith
Everybody loves Bone. Jeff Smith’s magnum opus makes this list not only because of its fantasy setting and its mythological influences, but especially because of Gran’ma Ben. How often do we see a grandmother as an action hero? “The Great Cow Race” is also just the beginning of her story in the series … [graphic novel, ages 8 and up]

4. The Shark King by Kikuo Johnson
Native Hawaiians have many stories about the shape-shifting shark god Kamohoalii, and Maui-native R. Kikuo Johnson tells his version of one of those stories in a graphic novel for younger readers (and the young at heart). The Shark King is sequential art at its finest, a great introduction to Hawaiian folklore, and the entertaining story of a boy who can outswim sharks! [graphic novel, ages 5 and up]

5. No Girls Allowed: Tales of Daring Women Dressed as Men for Love by Susan Hughes, illustrated by Willow Dawson
Featuring eight short stories of women throughout history who had to disguise themselves as men to help their family, save lives, and/or seek out adventure. Susan Hughes’ heroines span the globe from Ancient Egypt and China to 19th century Scotland and the Civil War-torn United States; Willow Dawson draws pharaohs, vikings, and soldiers alike in a clean, simple and iconic style. [graphic novels, ages 5 and up]

6. Lumberjanes: Beware the Kitten Holy by Noelle Stevenson and Shannon Watters, illustrated by Brooke A Allen
Billed as “Buffy the Vampire Slayer” meets “Gravity Falls” – but that only scratches the surface of the action-packed, fun-filled, mythologically-inspired, magically-injected, refreshingly original yet wonderfully familiar coming-of-age ensemble dramedy that is at its heart about teamwork, sisterhood, and most importantly “friendship to the max.” [graphic novel, ages 8 and up]

7. American Born Chinese by Gene Luen Yang
This multi-award-winning, critically acclaimed comic book masterpiece by Gene Luen Yang tells three tales: a re-telling of the legend of The Monkey King; the story of a Chinese boy trying to fit in at a predominantly white school; and the story of a long-suffering white boy and his embarrassing Chinese cousin. Spoiler alert: the three seemingly separate stories come together in a brilliant and wholly satisfying twist in the end, and I cannot recommend this book enough. [graphic novel, ages 13 and up]

8. The Mighty Zodiac by J. Torres, illustrated by Corin Howell and Maarta Laiho
The inspiration for this booklist, which is partially inspired by some of the works on said list, and a compliment of sorts to the other titles. Fantasy and fable combine in an epic tale about a clan of warriors based on the Chinese zodiac but representing a more diverse mix of cultural and artistic influences. What starts out as a quest for fallen stars, turns into a matter of life or death for a dragon and its family. 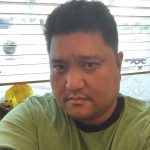 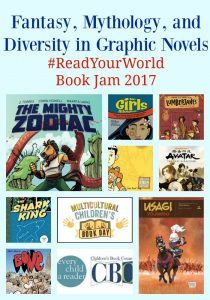