Clearly, my poetry writing skills are lacking, but I love reading and hearing poetry.

Started by the Academy of American Poets in 1996, National Poetry Month was created to celebrate poets and poems. I was excited to include “Dreams,” a poem from Harlem Renaissance poet, Langston Hughes, in my book, Sophie Washington: My BFF.

According to Scholastic, poetry benefits children in many ways. Exposing kids to poems:

Becoming Muhammad Ali by James Patterson and Kwame Alexander – Written in both prose and verse, this inspiring book chronicles the famed boxers growing up in Louisville, KY, where I was born and raised. Becoming Muhammad Ali showcases the fighter’s motivation, strong work ethic, and drive. 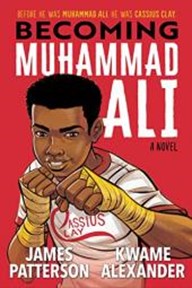 Brown Girl Dreaming by Jacqueline Woodson – This National Book Award and Newbery Honor-winning story is written in verse and chronicles the author’s growing up in South Carolina and New York during the 1960s and 1970s, describing her journey to become a writer and find her place in the world. 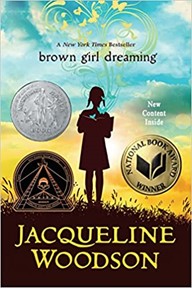 Emmy In the Key of Code by Aimee Lucido -When she takes a computer coding class, twelve-year-old Emmy finds her place in her new city and school and connects with a new friend, Abigail. But bad news about their computer coding teacher and Abigail, threaten her happiness. Written in verse, the book uniquely combines, poetry, music, and computer code. 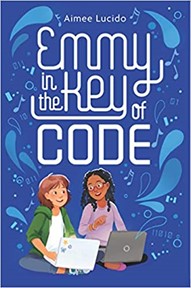 Full Cicada Moon by Marilyn Hilton –Half-Black and half-Japanese main character, Mimi, aspires to become an astronaut, like the crew in the 1969 Apollo 11 mission, in this historical fiction novel written in verse. She struggles to fit in after moving to an almost all-White Vermont town and teaches readers the value of speaking out. 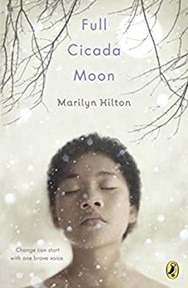 Inside Out and Back Again by Thanhha Lai – A coming of age novel is written in verse, this novel is inspired by the author’s refugee experience fleeing Saigon, Vietnam to immigrate to Alabama. It’s a National Book Award and Newbery Honor-winning book. 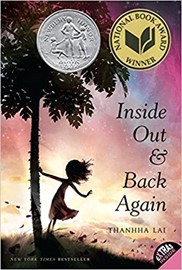 Land of the Cranes by Aida Salazar –This haunting, fictional story, written in verse, shares the immigration experience of Betita, a nine-year-old girl. After her family flees Mexico to avoid the Mexican drug cartel, her father is arrested by the United States Immigration and Customs Enforcement agency (ICE) and deported. She and her pregnant mother are detained in a detention camp outside Los Angeles, and their heartbreaking experience is described. 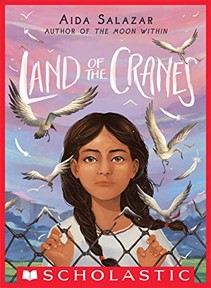 Other Words for Home by Jasmine Warga – Jude and her mother flee Syria to stay with relatives in Cincinnati in this Newbery Honor-winning book, written in verse. Jude struggles with leaving her father and brother behind, fitting in, and finding her place in her new home. 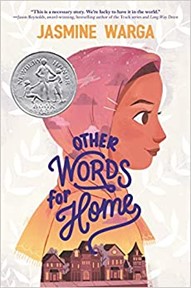 Red White and Whole by Rajani LaRocca –In this free-verse story, set in the 1980s, thirteen-year-old Reha is torn between two worlds: school, where she’s the only Indian American, and home, where her family expects her to honor Old World traditions. Then she finds out her mother has leukemia and vows to be as virtuous as possible in the hope that she can heal her mom. 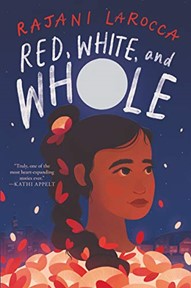 Simon B. Rhymin’ by Dwayne Reed – Eleven-year-old Simon Barnes uses his rap talent to make a difference in his community in this book, written in prose. The author is a fourth-grade teacher from Chicago and creator of a viral back-to-school video “Welcome to the 4th Grade.” 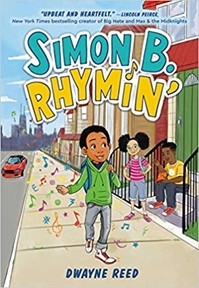 Some Places More Than Others by Renee Watson – Twelve-year-old Amara takes a birthday trip from Oregon to visit her Dad’s side of the family in Harlem, where she learns New York City and family history and the benefit of following your dreams. The main character’s father is a discouraged poet, and there are many references to poetry in the book, including an adaptation of the Langston Hughes poem, “Mother to Son.” 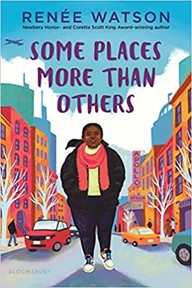 Sophie Washington: My BFF by Tonya Duncan Ellis – Sophie writes a paper about a Langston Hughes poem and is forced to make a choice between doing the right thing and risking a friendship, when her bestie asks her to plagiarize, in this illustrated chapter book, written in prose. 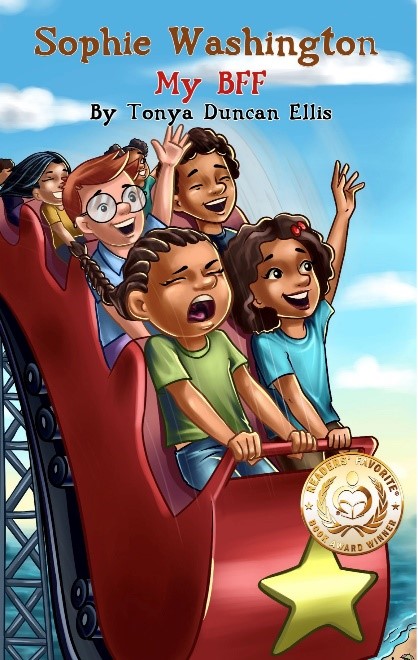 Starfish by Lisa Fipps-Ellie is bullied by her classmates and criticized by her mom about her weight in this affirming, free verse, a middle-grade novel. Her safe place is the pool, where she can stretch out like a starfish. With support from her father, her therapist, and a new friend, she learns to be at home with herself in any space. 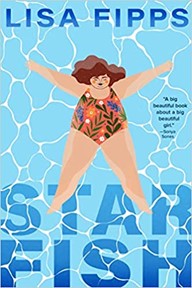 Tonya Duncan Ellis is the author of the bestselling, award-winning Sophie Washington children’s book series, geared toward readers ages 8-12 and is a member of the Society of Children’s Book Writers and Illustrators (SCBWI) and the Authors Guild.
www.tonyaduncanellis.com
Like Us on Facebook: @tonyaellisbooks
Follow Us on Twitter: @tonyaDEllis
Follow Us on Instagram: @tonyaellisbooks