Carole P Roman is a long-time supporter and Bronze Level Sponsor for MCBD2018. Carole has published over 50 books and she has multiple series that are all amazing. Her If You Were Me and Lived in…” combines her teaching past with her love of exploration and interest in the world around us and is a perennial favorite with readers and educators.

Carole fondly remembers the day she and her grandson were spending time together on a family trip to Las Vegas. As a curious four-year-old, Carole’s grandson spotted a replica of the Eiffel Tower and asked what it was. After explaining what the iconic Paris, France landmark was, she realized that kids needed a colorful and easy way to learn about the world around them. At that moment the idea for what is now a 50+ book collection was born.

“I wanted a way to explain cultures, provide gentle lessons, show examples of dreaming big to young readers so they don’t feel limited in what they can achieve,” Carole noted. “I also wanted to provide books that acted as introductions to cultures, religions, ethnic foods, historic times and even period dress. It was an exciting new journey that was vastly different from the current role, but one I was thrilled to embark on nonetheless.”

As a very successful business owner, Carole soon found herself “reinventing” her career path in her sixties and taking on the new role of children’s book author. Since that first inspiration moment with her grandson, Carole has self-published five different series-totaling 50+ books.

If You Were Me and Lived in… is an award-winning collection of twenty-two books that share national identities and cultural experiences with the middle reader crowd. This series has been given multiple awards and is extremely popular in the homeschool community. It’s spin-off of the same name, addresses historical time periods and is fast being recognized as a great introduction to history by homeschooling moms.

“My latest book in this series is ‘If You Were Me and Lived in..Mars,’ Carole revealed. “This books lets readers go on a journey through a child’s eyes and experience what it would be like to explore colonization on the planet Mars in the year 2054.” 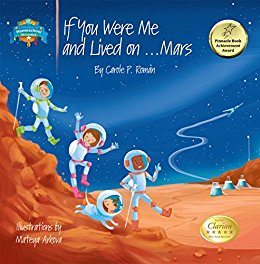 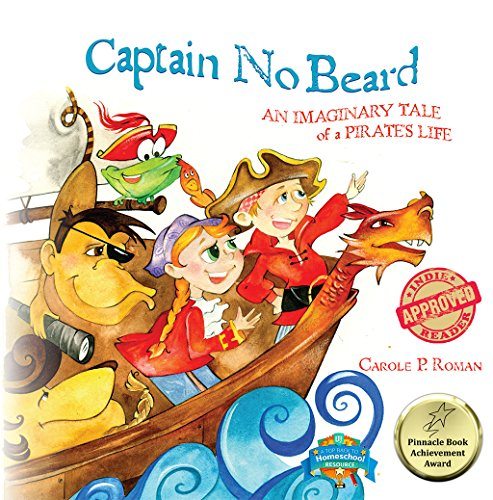 Lastly, Oh Susannah: It’s in the Bag is Carole’s first early reader’s chapter book that is designed to help kids cope with issues like self-sufficiency, procrastination and the importance of facing problems head-on instead of hiding from them. 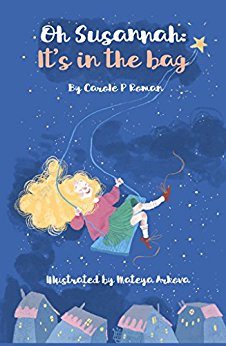 In total, Carole’s books have garnered many awards including a Kirkus Reviews Best of 2015, a NABE Pinnacle Award, IAN Award, Moonbeam Award 2014, National Indie Excellence Award Finalist, Shelf Media Outstanding Series Award, ForeWord Review Five Star and Finalist in the Book of the Year and Reader’s Views Children’s Book of the Year 2013. To see a full list of her many awards, go here.

If we were to look at Author Carole P. Roman “by the numbers,” we would see an impressive list including 50+ Children’s Books, 100+ Book Awards, 3000+ Online Reviews, 15000+ Likers and Followers on Social media. “I am so honored and blessed to be able to provide multicultural, educational and historic books for readers of all ages to enjoy.”

When not enjoying life with her family on Long Island, Carole can be found working on her collaborative online publication Indie Authors Monthly. She also hosts two radio shows. One is based on her books, Let’s Say Hello to Our Neighbor,  and the other is Navigating Indieworld; a show to help the indie author market. The show is inspired by her book of the same name, Navigating Indieworld: A Beginner’s Guide to Self-Publishing and Marketing Your Book. 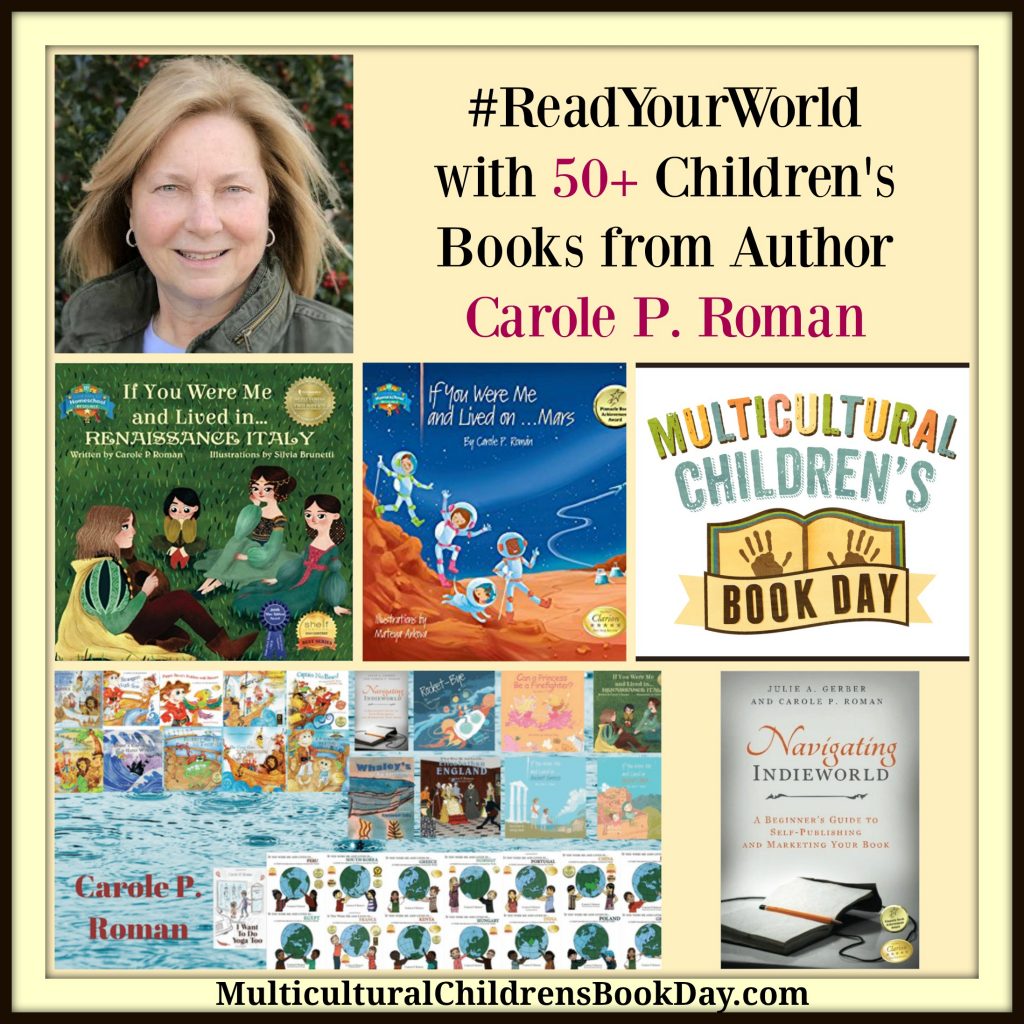 Carole P. Roman is the award-winning author of the Captain No Beard series. Both Captain No Beard-An Imaginary Tale of a Pirate’s Life and Captain No Beard and the Aurora Borealis have received the Kirkus Star of Exceptional Merit. The first book in the series was named to Kirkus Reviews Best 2012. Captain No Beard and the Aurora Borealis has been named to Kirkus Reviews Best of 2015. Each book in the series has won numerous awards including the NABE Pinnacle Award, IAN Award, Moonbeam Award 2014, National Indie Excellence Award Finalist, Shelf Media Outstanding Series Award, ForeWord Review Five Star and Finalist in the Book of the Year, and Reader’s Views Children’s Book of the Year 2013. Roman is also the author of the award-winning non-fiction culture series If You Were Me and Lived in… that explores customs and cultures around the world. She has co-authored a self-help book, Navigating Indieworld A Beginners Guide to Self-Publishing and Marketing. She lives on Long Island with her husband and near her children and grandchildren.

The following are some of her social media links so you can get to know her better.