To celebrate the release of Rosie Loves Jack by Mel Darbon on March 1st, blogs across the web are featuring original content from Mel, as well as 10 chances to win the hardcover!

Disability and Exploitation: A Foray into Dark Places

“The author stays out of Rosie’s way, successfully depicting her protagonist as a person, not a puppet or a platform. The other characters populating the book are realistic, with a striking range of personality traits. The plot is so engrossing that the book is almost impossible to put down. Yes, Rosie loves Jack, and readers are going to love Rosie.” —Booklist, STARRED REVIEW 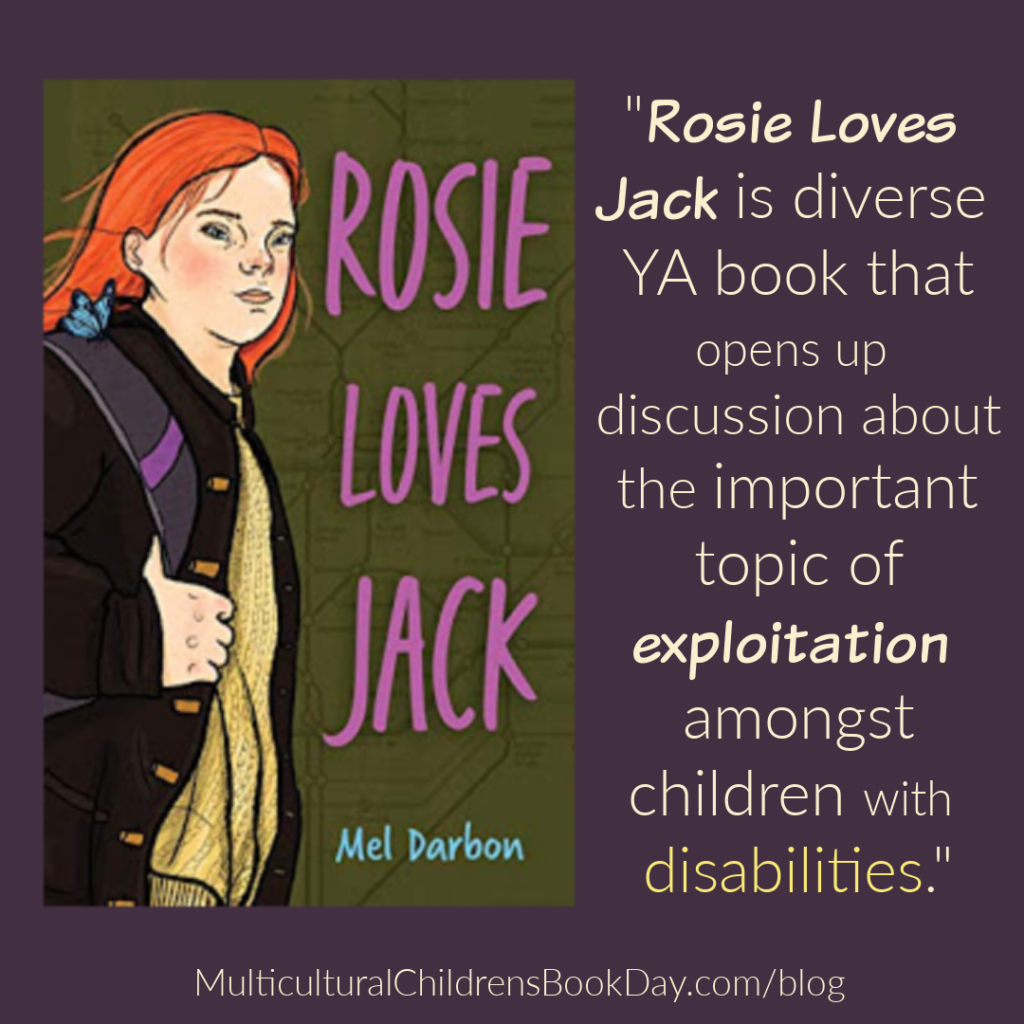 There are very few young adult authors who have written about disability and exploitation, which is probably why so many people have asked me why I decided to do this in my debut novel, Rosie Loves Jack.

Discussion of any kind like this is rare, but I feel it is important to bring this subject out into the open, as its exposition can only be valuable for young people, especially within the safe pages of a book.

My character Rosie has Down syndrome; this doesn’t define her—she is a typical sixteen-year-old teenager. She lives in a world where these issues of sexual exploitation are there for us to see and her journey in the book is, sadly, a reflection of life and one that we can’t escape from with the media.

Any young person out in a city like London by themselves and unsure of where to go is vulnerable, but a person with a developmental disability is much more innocent, naïve, and open to predators. A streetwise teenager might be able to navigate getting lost in a big city more easily, but they are equally fooled by people and situations, because at sixteen you think you know it all, when in fact you know so little of the wider world—and in that sense, it can make you as vulnerable as someone naïve.

It seemed a probable progression in my story that this might happen to my character Rosie and that I could use it to highlight these issues. There will always be those who prey on the vulnerable, and although a lot of the time it won’t end like my Rosie’s journey, into a grooming house where young girls are exploited for sexual favors, it can and does happen in the real world. (Though I must emphasize here that I would never have let anything actually happen in the book to my teenager with Down syndrome, as I felt that the underlying threat was enough.)

My daughter worked with young girls who have been groomed and I was shocked to discover that sexual exploitation amongst children with disabilities, both physical and developmental, is equally as extensive as those without.

Why don’t we talk about this exploitation? For a start, people with disabilities are underrepresented in the media and, until recently, have been excluded from mainstream education. They can also often live in care homes and not the familial home, which keeps them on the edges of mainstream society.

Sexual exploitation hasn’t often been thought of in the context of applying to a person with a disability until it was at the forefront of the news with the revelation of a well-known British entertainer’s exploits and the abuses discovered at a care home for those with developmental disabilities. We might listen with horror to these terrible stories of abuse, but it stays within the television “box” and gets left in the care home for others to sort out, as it’s too awful to think about. We can’t imagine anything so dreadful happening to someone so vulnerable ourselves, so we would rather not dwell on it. That leaves us with nothing to discuss.

Sexual activity for people with developmental disabilities is something that’s rarely ever discussed in a good, healthy, loving context either, as the topic might be too embarrassing or seen as something that shouldn’t even happen. It becomes another taboo subject to be swept under the carpet. If there were more characters like Rosie in books and films, on television, and in advertising, then they would be seen as the human beings they are, like everyone else, with the same emotions and desires to be loved, to love, and to be accepted without limitations. Through this would come understanding and from that more open discussions.

Many discussions about abuse or sexual exploitation have tended to be covered up and kept secret until recently; the shame mutes people, more often than not because it has been a family member doing the abusing or exploiting. For the victim themselves the feelings of guilt, shame, and fear that they carry with them for life is often a silencer, and because many have been told if they speak out about it something terrible might happen, either to them or someone else in the family, it can take years to feel safe enough to talk. And then when they do, as with the group of girls in the British Rochdale grooming cases in 2017, they might not be believed or might be “interrogated” to the point that it becomes part of the problem. The knock-on effect from this is that it perpetuates the rarity of discussion around it because discussion starts with the victim. Of course, if you are a victim without the means to express yourself verbally, then the silence is deafening.

So, my foray into dark places in my novel, Rosie Loves Jack, was not sensationalistic, but a genuine attempt to open up discussion of such an important topic. I truly hope that bringing this into the story can give young people who read the book an understanding that will lead to more dialogue in a non-threatening framework.

A Diverse YA Book 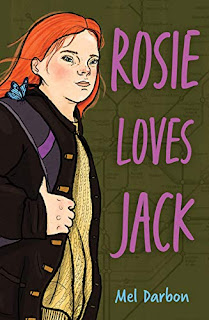 Fall in love with sixteen-year-old Rosie, a girl with Down syndrome who’s fighting for little freedoms, tolerance, and love. A stunning, beautifully insightful debut YA novel from Mel Darbon.
“An enthralling story of resolve and grit… a moving and uplifting novel.” –The Guardian
“They can’t send you away. What will we do? We need us. I stop your anger, Jack. And you make me strong. You make me Rosie.”
Rosie loves Jack. Jack loves Rosie. So when they’re separated, Rosie will do anything to find the boy who makes the sunshine in her head. Even defy her parents’ orders and run away from home. Even struggle across London and travel to Brighton on her own, though the trains are canceled and the snow is falling. Even though people might think a girl like Rosie, who has Down syndrome, could never survive on her own.
Introducing a strong and determined protagonist with Down syndrome, debut author Mel Darbon gives readers an underrepresented but much-needed point of 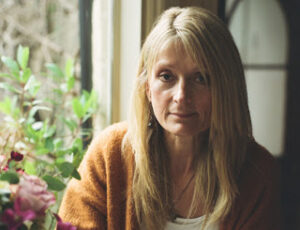 view with a voice-driven, heartfelt story of finding your place in an often big and intimidating world.
About the Author: Mel Darbon spent a large part of her childhood inventing stories to keep her autistic brother happy on car journeys. She won’t mention the time spent with him standing by level crossings waiting for the InterCity 125 to go past, as she wouldn’t want to be labeled a trainspotter. Life took her in many different directions working as a theatre designer and freelance artist, as well as teaching young adults with learning disabilities and running creative workshops for teenage mums. She moved to Bath in 2014 with her husband and their dog, Alfie. Rosie Loves Jack is her debut book.
Follow Mel: Twitter | Instagram