Growing up, we were taught about the Transatlantic Slave Trade. The history textbooks made it, and still make it seem, as Americans of African descent only have a history that starts at slavery. And then after that, it teaches about all the struggles through Jim Crow, civil rights movements, etc. but never about the people as a whole, no cultural references. I am an American of African descent. As a child, I can’t recall knowing that people of African descent were in North and South America anywhere other than the United States, Canada, and the Caribbean. I didn’t know until about my mid 20’s that the term “African Diaspora” even existed, which is people of African descent that don’t live on or weren’t born on the African continent. END_OF_DOCUMENT_TOKEN_TO_BE_REPLACED 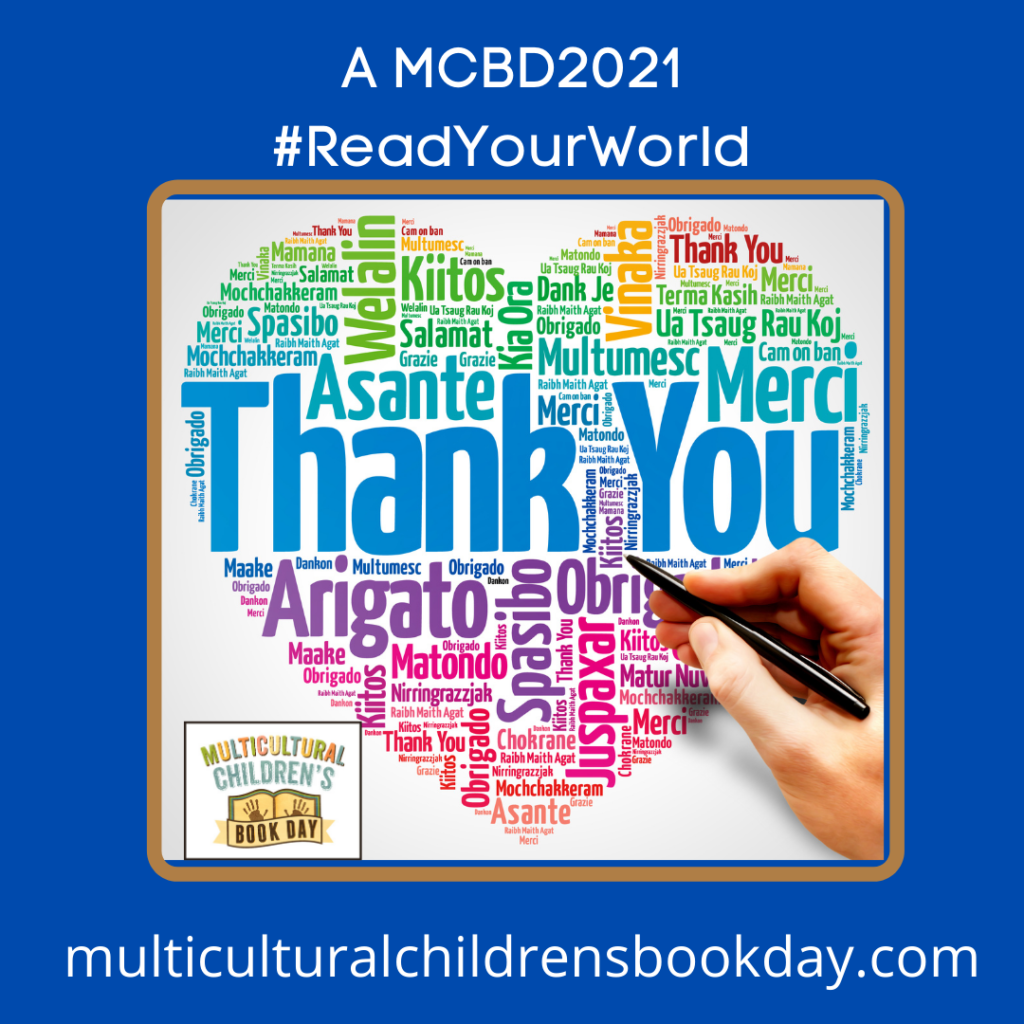 We did it! Another wildly successful Multicultural Children’s Book Day is complete. Once again, the MCBD team was touched and elevated by the overwhelming support and enthusiasm surrounding our diverse children’s literature online celebration. In the days following the crescendo of the event, and our crazy-fun annual Twitter Party,  we all have spent hours sifting through the amazing camaraderie, comments, reviews, classroom celebrations, and touching kudos that were offered up during our on and offline global event. END_OF_DOCUMENT_TOKEN_TO_BE_REPLACED

Welcome to Multicultural Children’s Book Day 2021! Here’s how to celebrate:

You are invited to the Inlinkz link party!

END_OF_DOCUMENT_TOKEN_TO_BE_REPLACED

A huge THANK YOU goes out to Annie Lynn. Walt and Alex Wilczewski for donating their time and expertise to create our newest Read Your World Multicultural Children’s Book Day Music Video for 2021!

Special thanks to the kids for their vocals on this song:  Havana Chapman-Edwards, Will, Hailey, and Amanda! END_OF_DOCUMENT_TOKEN_TO_BE_REPLACED

“My book review is ready, what now?”

We are getting a lot of these types of questions lately and we TOTALLY get it. So here is some info that will help everyone navigate both: END_OF_DOCUMENT_TOKEN_TO_BE_REPLACED