On a Saturday afternoon, I found myself rushing through Manhattan in preparation for a trip to Chicago to visit my best friend. I was searching for a gift for her five-year-old daughter. I opened the doors to a lovely two-storied children’s bookstore. I skimmed the shelves and struggled to find a book with a main female character that was not a princess. Seeking the help of an employee, I request a girl’s adventure book. She pulled out a book and described the plot, prompting me to purchase the book without having the time to read it. I figured the little girl and I would read it for the first time together in Chicago.

We were in our pajamas in Chicago on the sofa as I cracked open this new adventure story. The main character has a dream where an adventure awaits her. I turn the pages to find that the adventure involves the main female character cleaning and cooking. What struck me in a very painful way was that no adventure book for boys would include cleaning and cooking. Why is it that children’s books are delineated into boys’ vs. girls’ stories that restrict what they can and cannot become? Why don’t books have storylines where pronouns can be interchangeable so that kids can just be kids? END_OF_DOCUMENT_TOKEN_TO_BE_REPLACED

Now, decades after that incident, the idea of a food fight still appalls me.   END_OF_DOCUMENT_TOKEN_TO_BE_REPLACED

We are happy to announce our line up for our #ReadYourWorld Book Jam 2019 with Children’s Book Council!

*She had to drop out due to heavy workload.

END_OF_DOCUMENT_TOKEN_TO_BE_REPLACED

It’s hard to believe our 6th Multicultural Children’s Book Day online and offline celebration is less than two months away.

Things are going at full speed here at MCBD headquarters and we want to make sure two critical deadlines don’t sneak up on our supporters, reviewers, and potential sponsors. 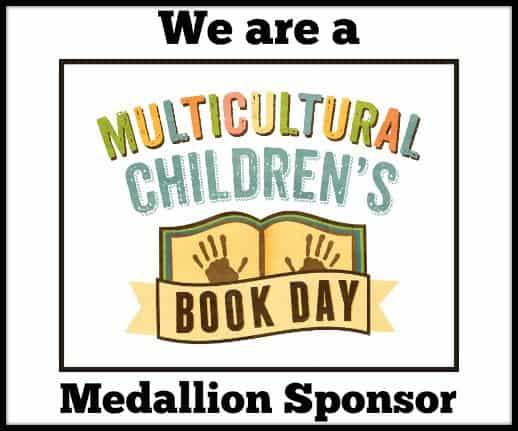 Sponsorship for Multicultural Children’s Book Day is not only a great way to support this event; it is an excellent way to get your name (and your books) in front of thousands of readers. All of our Sponsors get a name mention within the hundreds of reviews that get posted from December to January 25th and also on the sites of our 24+ CoHosts sites. The deadline for ALL Sponsor sign-ups is 12/15/18. END_OF_DOCUMENT_TOKEN_TO_BE_REPLACED

Great things are happening at Multicultural Children’s Book Day headquarters and our Sponsor lineup is growing by the DAY. You can view current Medallion Level Sponsors and Author Sponsors on the website here and here.

THEN…we are excited to announce a new Added bonus for Platinum and Super Platinum Sponsorship levels!

Along with all the other perks that go along with our two highest levels of Sponsorship, the MCBD Team has “sweetened the deal” with this impressive bonus.

Those who sign up for Platinum or Super Platinum level for MCBD2019 will be enjoying the opportunity of providing up to 12 guest posts (written by the sponsor) that can be used on the MCBD blog over the course of 12 months!

This is a big deal! On any given day the MCBD blog gets around 600-800 hits and during the month before and after our online holiday that number triples. Guest posts are also “evergreen” which means they live on the MCBD blog forever. This benefit is perfect for book launches, company news, special sales or announcements of new books!

P.S. The deadline for ALL Sponsor sign-ups for is 12/15/18 END_OF_DOCUMENT_TOKEN_TO_BE_REPLACED