At MCBD, we are always on the lookout for beautiful diverse books that inspire while also having a deeper meaning. Thanks to a random email from author and publisher Debra Winegarten, we’ve discovered yet another nugget of children’s book gold in the poetic family tale of Jewish prayer called Almost a Minyan.

The inspiration for this unique diverse picture book for kids was a long time in the making.  Lori S. Kline, the author of Almost a Minyan, originally penned the book 30 years ago; around the time she moved to Austin, Texas.

Lori was raised in Squirrel Hill, the Jewish section of Pittsburg, where there was an extremely large Jewish community. But when she moved to Austin and joined a synagogue, the Jewish community was smaller, a lot smaller than the one in which she was raised. The smaller setting had its benefits, but also its fair share of challenges as well. Lori’s synagogue often had trouble getting a “minyan” (a prayer quorum consisting of 10 adult Jews, age 12 for girls and 13 for boys). A minyan is essential in order to say certain prayers, including the Kaddish (the mourner’s prayer), the Barchu (a prayer that praises God), as well as reading from the Torah.

When she initially wrote the book, Lori’s protagonist was a boy. But after showing the manuscript to her female rabbi thirty years later, the rabbi said, “Oh, you have to change the boy to a girl.” The change made total sense. In the time that elapsed from when she first wrote the book, women were allowed to be counted as part of a minyan in Reform and Conservative branches of Judaism, whereas they did not count when the book was written three decades eariler.

Lori then joined forces with publisher, Debra L. Winegarten, who was a fellow author of six award-winning books in addition to being the founder and owner of Sociosights Press. Together, with illustrator Susan Simon of Tucson, this dynamic trio brought this charming multicultural children’s book of Judiasm to life. 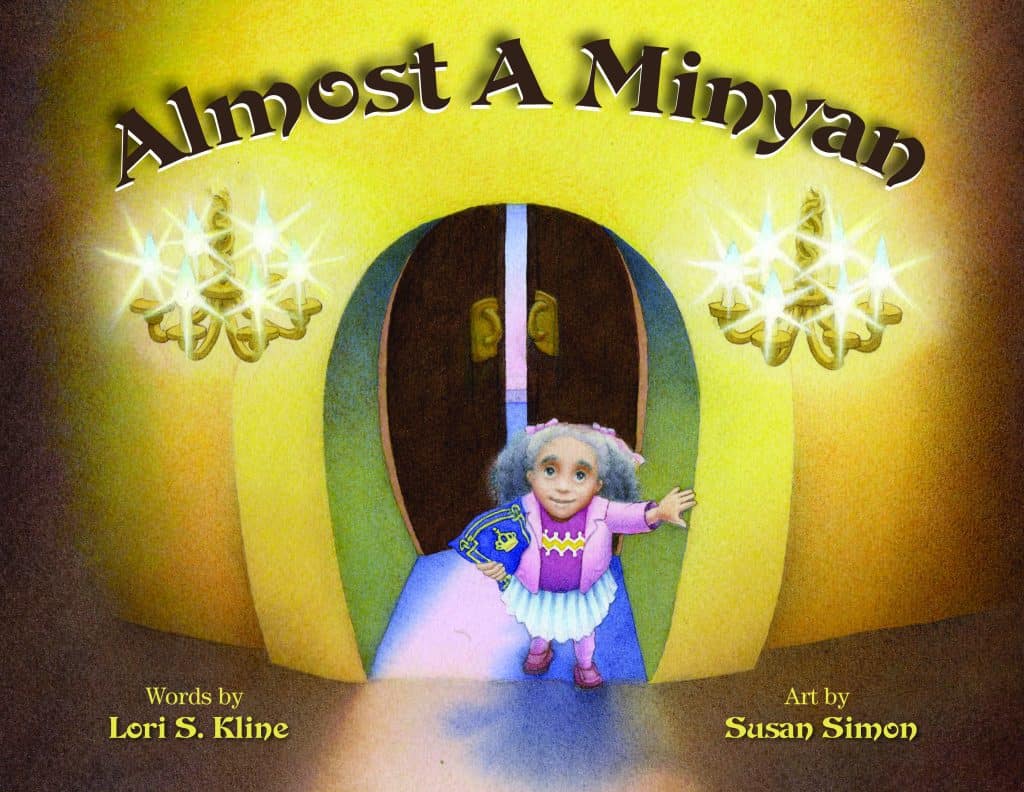 A striking new addition to the diverse books movement, Almost a Minyan shares Hebrew and Yiddish terms and religious concepts through a compelling and beautifully illustrated story for children.

“The book has several gorgeous threads,” Debra noted. “One thread recounts the story of a young girl watching her father go to daily minyan, dreaming of the time when she is old enough to join him. Another remarkable thread is that the girl’s grandfather dies, and the family participates in a “shiva minyan,” a Jewish mourning ceremony in the home that honors and remembers the person who has passed. When the girl is old enough to attend minyan, she feels embarrassed because she doesn’t have the Jewish ritual items to wear. Her father bestows his father’s prayer shawl on the girl, and she gets to ‘count’ as the tenth and helps ‘make a minyan.'” 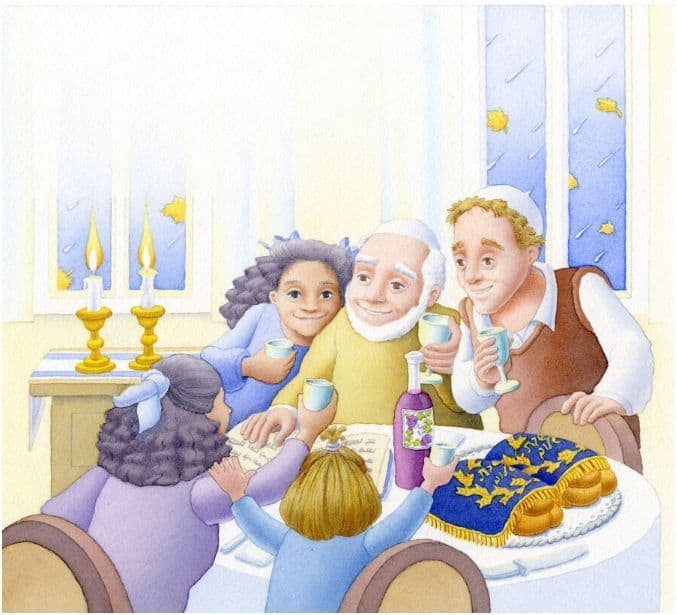 Debra went on to share that Almost a Minyan is for “ages 5 to 105” and is more than just another diverse picture book; it is a book filled with educational opportunities for young readers. parents, teachers, and librarians. Aside from being vibrant and beautiful, Almost a Minyan contains both Hebrew and Yiddish words and has a glossary, so it’s an excellent teaching tool and introduction to Judaism. 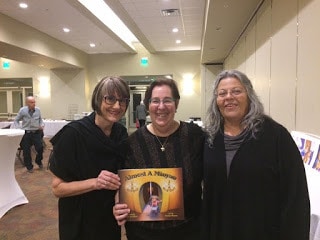 Since being published in 2017, the book has gone on to win several notable awards including First Place in the Press Women of Texas Children’s Book Competition, an IPPY Silver Medal for Children’s eBook Illustrations and a Seal of Approval from the Literary Classics Society. Debra just received news that “Almost a Minyan” won SECOND PLACE (she shouted that in her email), in the National Press Women’s Children’s Book Competition.

As a publisher, Debra is also very open about sharing her business’ unique and successful journey. Sociosights Press was born at 2:00 am in June 1998, at Kinko’s; an all-night print and computer store. At the time, Debra was working with Anne Blocker, a personal mentor and book designer for Debra’s own first book; “Strong Family Ties: The Tiny Hawkins Story.”

“We were working on the front matter for the book and Anne turned to me and asked, ‘What’s the name of your publishing company?'” Debra recalled fondly. “At that very moment, I had no idea! But then I thought that my business name needed to have something to do with sociology because I have my Master’s degree in sociology, and I wanted it to have wonderful insights about society. So I said. ‘I know! Sociosights Press!’ And that’s how the company name was born.”

“Whoever designed me had a lot of fun. I was given many different talents and I do them well. As my mentor, Anne Blocker said, ‘There’s an ancient Chinese saying, I have many tools in my chest, and they are all sharp.’ I’m blessed with being quirky about things that are essential and quite handy in this business. I love filling out blank forms. Typos “jump” out off the page at me, and I love editing. I like everything about writing: researching, drafting, editing, moving things around, polishing. And marketing makes me leap out of bed so I can figure out to whom I’ll sell a book today. I joke that it’s my Jewish peddler genes, I’m as happy to sell a $5 book as I am to sell a $25 book. And as an extrovert, I thrive on public speaking. The more people you put me in front of to give a talk, whether on a biography I’ve written about a strong Texas woman, or a marketing seminar, the happier I am. It’s a great way to live life.”

When asked what advice she would give to those who dream of writing and publishing a book, Debra had this to say;

“Writing and publishing and MARKETING are three different skill sets. In order to do all three successfully, you have to be able to change hats in mid-stream. Not everyone who’s a terrific author has the ‘chops’ to publish their own book. And not everyone who’s a great writer can market their work. Writing a book requires a person to have a somewhat reclusive, introverted personality. You have to have the discipline to sit your tushie in the chair and crank out the material. Publishing a book is a whole different endeavor, it’s like being an orchestra conductor. Particularly with an illustrated children’s book, the author and the illustrator are often kept at arm’s length.”

“Marketing is an entirely different animal as well, ” Debra added. “As an author/publisher myself, I have to take off my ‘introvert’ hat and put on my ‘extrovert’ hat in order to get out and make book sales happen. Fortunately for me, I have the ability to switch back and forth rather easily between these two personas, but not everyone does. So my advice is for authors to figure out their strengths and use those. If they’re not an extrovert, they need to “pair” themselves with someone who is. As an entrepreneur, it is not necessary to have each different skill set mastered (book design, printing, bookkeeping, publicity, editing, marketing, distribution, janitorial), but it IS essential to make sure that each of those different aspects of the business is fulfilled. And done well. In this day and age, many of these items can be outsourced. I always find the most highly competent professional people I can afford and use them and pay them as much as I possibly can. Because at the end of the day, they make me and my books look gorgeous.”

Grab your copy of Almost a Minyan here. 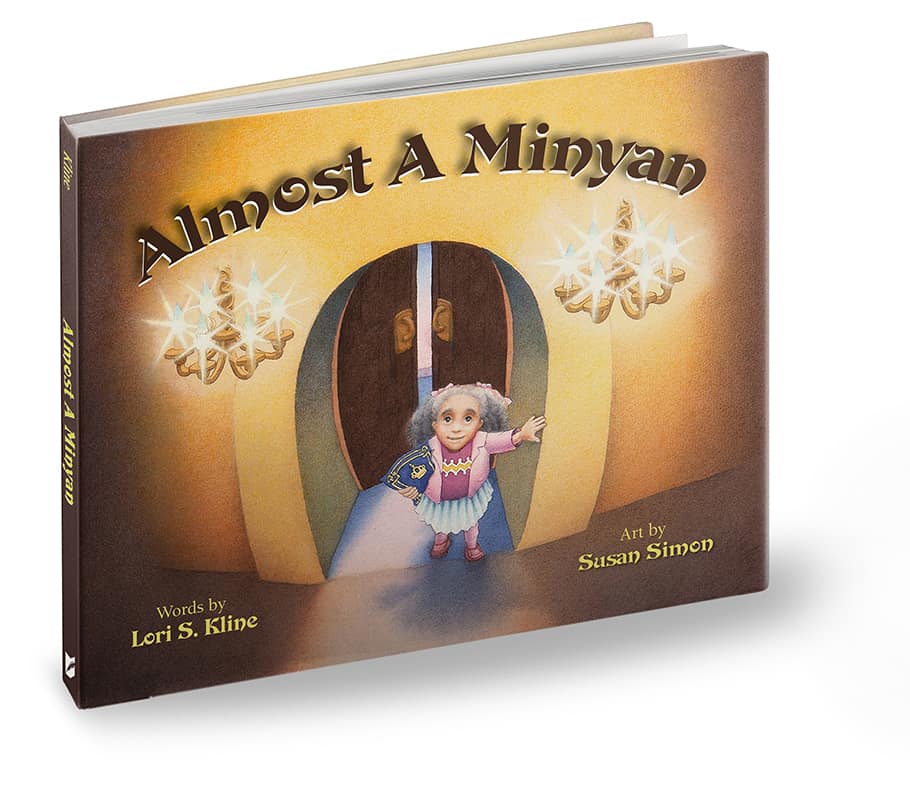 With a mission of “transforming society, one story at a time,” Sociosights Press is proud to be celebrating its twentieth year as a micro-publisher located in Austin, Texas. To learn more about Sociosights Press and their many quality books, visit their website, www.sociosights.com or find them on Facebook.

What Others Are Saying About Almost a Minyan

“Almost a Minyan” with words by Lori S. Kline is a delightful children’s book that will have a special appeal for girls and their brothers in Jewish households across the spectrum from Orthodox to secular. The captivating multicultural artwork by Susan Simon raises the bar of humanity for all of us. I know exactly which family I am going to give it to.”
— Susan Brownmiller, feminist author, and activist

”A warmhearted introduction to coming-of-age in a worship community.”
— Kirkus Reviews 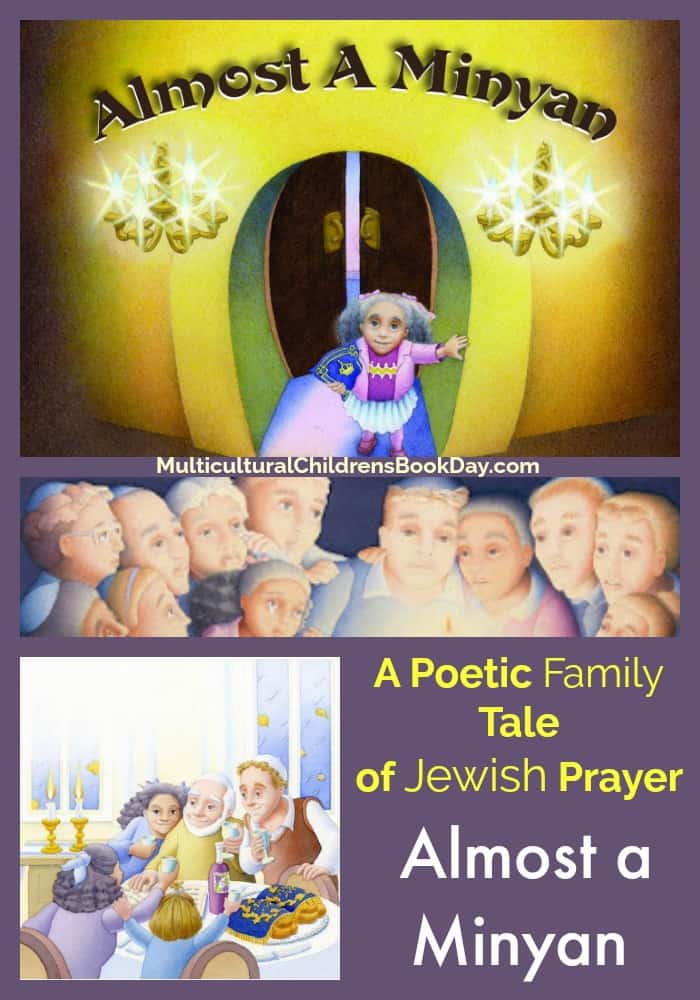 A striking new addition to the diverse books movement, Almost a Minyan shares important Hebrew terms and religious concepts through a compelling and beautifully illustrated story for children.